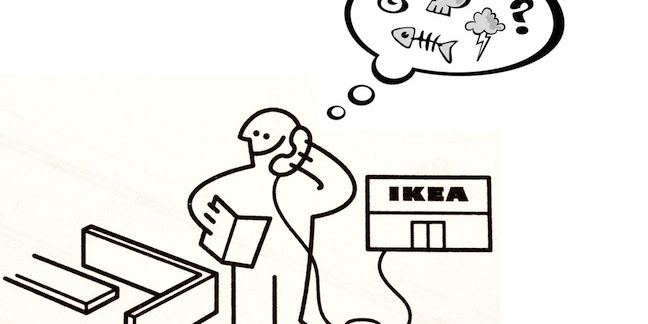 IKEA's finally acknowledged what plenty of us have learned the hard way: it's stuff can be so wretchedly frustrating to assemble that outsourcing the job is sometimes the kindest and fastest option.

The born-in-Sweden, taxed-who-knows-where homewares company has therefore acquired an outfit called TaskRabbit that offers a smartphone app and platform that connects users to members of the “gig economy”. TaskRabbit lists “furniture assembly” among the six services it chooses to list on its home page, although its "Taskers" will do much more if asked.

TaskRabbit will remain independent and therefore able to offer its services to other furniture concerns, and clients who come to it for other services.

IKEA CEO Jesper Brodin's canned comments have him saying “As urbanisation and digital transformation continue to challenge retail concepts we need to develop the business faster and in a more flexible way. An acquisition of TaskRabbit would be an exciting leap in this transformation and allows us to move forward with an even greater focus on innovation and development to meet changing customer needs.”

+COMMENT Left unsaid is that IKEA's whole business model factors in self-assembly, which relieves the company of the need to employ skilled labour and allows flat-packed goods that lower transport costs. Plenty of IKEA customers will still choose to wield their own allen keys. But a formal partnership with, and in-store promotion for, TaskRabbit will normalise the idea of paying for assembly. And by so doing also increase the cost that is IKEA's main attraction to many. ®

Bootnote Your correspondent worked in IKEA warehouses for a while in the early 1990s. Personal record for Billy book-case assembly: six minutes. It's a decent company to work for, a bit too rah-rah go team for my tastes. I also fear my knees may still bear the scars of pushing many unwieldy trolleys laden with far too much neo-scandi homewares.