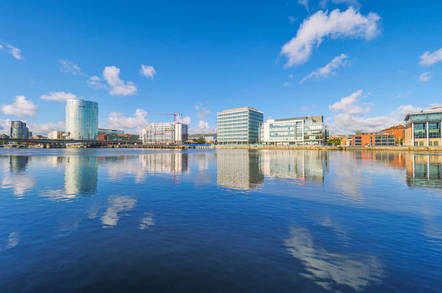 Hewlett Packard Enterprise is to shutter its 3PAR engineering office in Belfast, Northern Ireland, but the firm emphasised the move does not mean it is shifting focus from 3PAR to Nimble storage.

The Belfast 3PAR team came into being in 2007 when HP set up a Global Centre of Software Engineering Excellence at Forsythe House, Cromac Square. It started developing cloud-based software for 3PAR storage.

We were told by people close to the situation that:

An insider indicated HPE could be putting more technical smarts on its acquired Nimble Storage than 3PAR.

An HPE spokesman confirmed the engineering office was to be closed, but HPE was not closing down its Belfast presence. He said the numbers represented much less than 20 to 25 per cent of the overall 3PAR engineering team, less than half that in fact, he told us – suggestive of an under 10 per cent figure.

He refused to confirm the 100 headcount number in the Belfast base, saying that HPE would not break out redundancies at that level of granularity.

We were assured HPE is definitely not moving away from 3PAR, towards Nimble.

HPE said that, although people are leaving, it is just, regrettably of course, part of the corporate streamlining that the company has gone through over the last five or so years.

HPE said: "These changes are part of a company-wide strategy to give HPE the needed workforce to be a more nimble customer and partner-centric company. This change will not cause any disruption to HPE’s customer support and we remain fully committed to 3PAR."

The HPE Next initiative is part of this process to cut costs and give it a long-term "operational and financial blueprint". ®