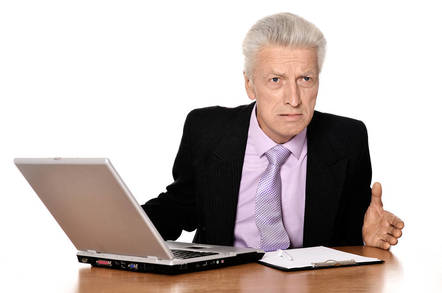 As a controversial referendum on the independence of Catalonia draws near, the Spanish government has expanded efforts to shut it down, even blocking access to some websites.

After a number of .cat websites covering the referendum were aggressively shut down by the authorities, pro-independence groups set up new websites at different addresses, including referendum.party and ref1Oct.eu.

Now it appears that those websites are being partly blocked within Spain – putting informational websites on a par with copyright infringing sites like The Pirate Bay and extremist Islamic websites.

The website of the National Catalan Assembly at assemblea.cat was also shut down and for a while displayed a message from the Spanish military police announcing in Spanish and English that the domain has been "seized pursuant to a seizure warrant." The domain has since been redirected to assemblea.eu, outside the purview of the Spanish authorities.

"These articles have been violated by the order sent to Spanish telecommunications operators to cut access to web pages that inform about the referendum on self-determination, as well as those internet domains that are publicized or published to the social networks of the ... members of the Government," the Catalonian government complains in the letter.

Some of the websites are reportedly still accessible within the region, however, suggesting that some ISPs have agreed to block those sites and others have not.

The Spanish authorities are presumably relying on the same court order they received with respect to .cat addresses earlier this month to pressure ISPs into blocking other domains.

Last week, the internet community was shocked when the police raided the offices of the .cat registry operator, PuntoCat, took away their computers and arrested several staff.

The registry operator had been ordered by a court to block a number of .cat websites that covered the referendum, on the grounds that the Spanish government had determined the referendum to be illegal.

When PuntoCat demurred and sent a letter to DNS overseer ICANN complaining about political interference, the authorities raided its offices and shut down the websites themselves – posting the Spanish military police message as a homepage.

The shutting down of online information about the referendum is just one part of a concerted effort by the Spanish government to stop the vote from taking place.

On Tuesday, the Spanish government's representative in Catalonia's capital Barcelona, Enric Millo, warned that Catalonian president Carles Puigdemont could be removed from office if he continued to push ahead with the referendum, planned for this weekend. Millo said he would "keep hoping until the last minute that the Catalonian government has a change of heart and calls off the referendum."

Spain's prime minister Mariano Rajoy has also gotten personally involved, stating that the vote "will not happen because this would mean liquidating the law" – setting up a tense confrontation in an already charged atmosphere.

Rajoy also spoke about the situation in Catalonia at a press conference at the White House in Washington, DC, on Tuesday while on a visit to the US. "There can't be a valid democratic referendum," Rajoy said of Catalonia's upcoming vote. He also dismissed a suggestion that he would call early elections as a result of the furore.

President Trump for his part said that the United States would stand by "beautiful and even historic" Spain on the issue. Trump noted that the region had long asked for independence but argued that if "accurate polling was carried out," he was confident that Catalonia would "vote to stay with Spain."

Catalonian president Puigdemont announced in June that a binding referendum on independence would be held on October 1 – with a simple majority threshold and no requirement for turnout. The Catalonian parliament then approved the plan on September 6. But the Spanish government declared the referendum illegal, and went to the courts to shut it down.

Polls indicate that a vote for independence is by no means certain – the region is split equally in favor and against. But a large majority of people are in favor of being given the right to vote on the matter, making Spain's heavy-handed approach all the more politically risky.

Catalonia and the neighboring Basque region have long expressed the desire to become independent of Spain, with the tension occasionally spilling over into violence. In recent years, the regions have been given greater political autonomy, but far from defusing the desire to break away, in this case Catalonia's parliament has put it on a crash course with the Spanish government.

What is unclear at this stage is whether the referendum will go ahead in any realistic fashion. What is clear is that even if the vote was taken and did result in a call for independence, Catalonia would not be recognized by any other state. In that sense, the vote is more of a pressure tactic on Madrid than an outright bid for independence.

Whether that strategy will be seen as a critical step on the path toward independence, or a step back, only time will tell. ®