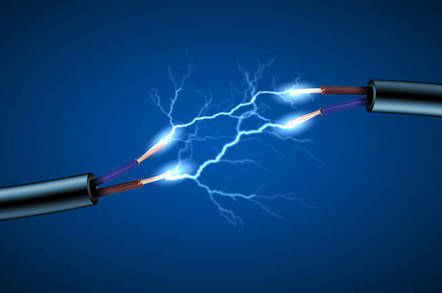 The site supremo said the damaged gear was replaced by staff, with the work completed by around midnight US West Coast time, returning the website to the internet. However, around 0645 PT today, the site stumbled offline again, seemingly from more power supply problems hampering connections to its servers.

"SourceForge is experiencing connectivity issues. We are working with our upstream provider," the crew tweeted about three hours ago. The site is back online as of right now, but all is not well: various pages are missing or not working.

"The sourceforge.net website is temporarily in static offline mode," the site's HTTP 404 "not found" page read when we tried to check its uptime and status. "Only a very limited set of project pages are available until the main website returns to service."

Our [data center] hosting provider has been having issues with a power distribution unit. It appears that their redundancy failed us. As a result of these issues we have had some equipment turn up completely fried. We worked to replace all of that and completed last night. Then at 6:48 AM PST this morning another similar incident has just occurred.

Abbot declined to name its data center hosting provider, and was unsure of the exact technical woes at this stage. "We have technicians working at the data center ... to fix [the problem]," he said.

SourceForge was acquired alongside its nerd news discussion board Slashdot by finance, business and technology service BizX in 2016. The duo of websites have suffered outages in the past: in 2015, "filesystem corruption" on the Slashdot Media storage platform took out SourceForge for days.

"We recognize there have always been issues with SourceForge and Slashdot, both with our current provider and within the infrastructure," Abbott told us.

"As a result we had already decided to fund a complete rebuild of hardware and infrastructure with a new provider. We have the hardware on hand and are at the final stages of negotiations with the new provider." ®