Battle to block Bezos from gTLD slams into big biz 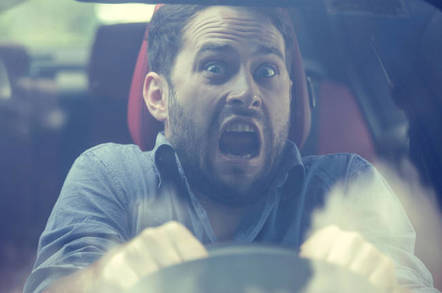 Analysis In an effort to block Amazon from getting the top-level domain .amazon, Brazil may have put governments on a crash course with the private sector over control of the web.

In an aggressive and contradictory letter [PDF] on Wednesday to the overseer of the internet's domain name system, ICANN, Brazilian technology minister Benedicto Filho insisted the US non-profit not approve the creation of .amazon, and states strongly that governments have the final say on what should appear online.

As you may well know, Brazil is particularly enamored with the word Amazon, being the home of the Amazon Jungle. And it doesn't want some moneybags American retailer nabbing the top-level domain for the rainforest.

"It is the right and duty of governments – and not of Amazon the company, nor any panel constituted by three nationals of a single country in their individual capacity, nor even of the ICANN Board of Directors – to identify the public policy issues that may justify the Board to adopt certain decisions," Filho said.

He goes on to say that if ICANN was "required to substitute the views of governments and the GAC [Governmental Advisory Committee] for its own judgments ... it would be dealing a fatal blow to the multi-stakeholder governance model upon which ICANN is based."

In essence, Brazil says that unless ICANN does what it says – in this case not allow for the creation of the .amazon top-level domain for Jeff Bezos' Amazon – then the entire model of internet governance that the organization represents, where all parties including governments, the technical community and business have an equal say, is invalid.

That extraordinary contradiction – that an equitable decision-making process only exists so long as governments have the final say – is not the only one in the letter.

Filho goes on to insist that all governments agree with Brazil and Peru's position that .amazon not be added to the internet, but in making his case only cites meetings held in Brazil by Brazilian interests.

He then insists that the arbitration process that led to this most recent argument – ICANN's Independent Review Panel (IRP) – is fundamentally flawed because all three judges were US citizens. But goes on to concede in the same sentence that since both parties are US-based (ICANN and Amazon), the process fits with international norms.

What is this river nonsense? Give .amazon to Bezos, says US Congress

Filho angrily complains that the Brazilian and Peruvian governments agreed not to continue pushing their case following an August 4 letter from Amazon asking to be heard out by the world's governments. But then concedes that his government has been doing exactly that by drafting a response to be sent to the GAC on the issue.

And the letter insists that neither governments nor ICANN have to provide rationales or explanations for their decisions, while at the same time acknowledging that not allowing Amazon to address any concerns was "a mistake."

The letter comes just weeks before an ICANN meeting in Abu Dhabi that is likely to be dominated by the issue of whether ".amazon" should be approved. It is also a significant test of the organization that last year was freed from US government oversight following a difficult and contentious process.

At the time, US Congressmen warned that handing ICANN full autonomy would lead to the other governments asserting control over the organization's decision. Brazil's letter looks very much like the start of that process.

To make matters worse, the issue in question – the creation of the .amazon generic top-level domain – is seemingly intractable.

Amazon applied for the ".amazon" name back in April 2012 and its application proceeded normally, passing the various assessments built into ICANN's process with flying colors (41 points out of a possible 41).

Moreover, it was formally decided in July 2013 that .amazon did "not fall within the criteria for a geographic name contained in the Applicant Guide," and so did not require government support to proceed.

But then that same month, unexpectedly and suddenly, the Brazilian government started aggressively attacking the proposal (as well as both Japanese and Chinese language equivalents of the name that Amazon has also applied for).

Many felt it was not a coincidence that just two weeks earlier, documents supplied by Edward Snowden revealed that the NSA had spied extensively on Brazilian citizens and on the Brazilian president Dilma Rousseff herself, tapping her phone.

Rousseff would later lambast the United States in a speech at the United Nations, but the first signs of Brazilian fury were felt at the ICANN meeting in Durban. Despite determined diplomatic efforts by Amazon's representatives, the Brazilian government led a forceful push at ICANN's GAC meeting and by the end of the meeting, the application had become formal disapproved of.

The US government meanwhile, having said previously that it would remain neutral in any decisions that it did not actively disapprove of, did not object to the Brazilian government's stance and so it became a matter of formal GAC advice to the ICANN board.

Behind the scenes, Amazon executives worked hard to persuade the Brazilian and Peruvian governments to reach a compromise, promising not to register any culturally sensitive names under .amazon and even offering to support a future extension such as ".amazonia" for the Amazonian region. But the Brazilian government refused.