Ofcom would have done this itself but didn't have the power 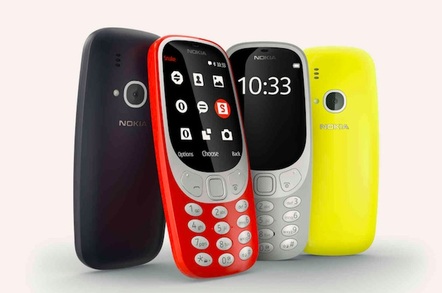 Security minister Ben Wallace has signed a direction banning commercial multi-user phone gateways in the UK over terrorism fears – barely a week after the only ever prosecution for operating one flopped following years of Kafkaesque wrangling.

In a statement, Wallace said: "This direction is necessary to ensure that those charged with keeping families and communities safe have access to relevant and accurate information when they need it and when they have the appropriate authorisations in order to do their job."

COMUGs were legalised by Ofcom in July following a public consultation. This followed on from an earlier Court of Appeal ruling which overturned the ban on commercial single-user gateways (COSUGs), which are technically very similar to COMUGs.

The precise meaning of "communications data" in the direction is unclear. Although section 261(5) of the Snoopers' Charter claims to define the phrase, it is done in impenetrable legalese. Privacy campaign group Big Brother Watch reckons (PDF) that "communications data" means the "who, when, where and how of any communication", as distinct from the content of a message or phone call.

Although the telecoms regulator said it was only considering "quality of service" and potential interference caused by the operation of COMUGs, there is an intensely political dimension to the whole issue.

A commercial multi-user gateway (COMUG) is a bank of SIM cards that users can phone in order to obtain cheaper call rates to overseas destinations.

These were popular around 15 years ago until Ofcom's predecessor banned them without warning. The reasons given at the time centred on interference with nearby mobile masts, with COMUGs accused of shutting out individual customers from being able to connect to the mast by swamping available channels.

Former COMUG operators who have spoken to The Register have described how mobile network operators' salesmen happily sold them SIMs for their gateways, right up until the ban was imposed.

While salesmen enjoyed their commission, MNOs corporately were not fans of COMUGs at all, as this description of their operation by former Reg mobile correspondent Bill Ray explains with the phrase "revenue abstraction". Earlier this year Vodafone told Ofcom that the business case for COMUGs has now "all but disappeared", dropping its objection to the ban.

When you phone a COMUG, it forwards your call internally, through one of its SIMs, to the destination number. This means the network operator (and thus anyone snooping on the network) cannot trace what number any individual customer connected to; the external trace from the gateway stops at its SIM and not the user's.

COMUGs can be called by anyone with a phone. The "private" equivalent, commercial single-user gateways (COSUGs), is legal in the UK because the "single user" refers to a single company or enterprise.

The Home Office lobbied Ofcom hard when the regulator was pondering whether to lift its ban, even going to the extent of having its secret Investigatory Powers Unit make an anonymous submission to the public consultation – though it vehemently denies this, insisting the anonymity was a mere admin error despite having been caught red-handed by El Reg.

Central to the Home Office's objection was its inability to trace people using COMUGs – though it pretended the real issue was the ability to geolocate people who dialled 999 through a COMUG. Because sane people ring the emergency services via a cheap calls gateway, obviously.

The decision comes barely a fortnight after the only ever prosecution for illegally operating a COMUG, that of Kent man Daniel Mahony, was dropped. Mahony had languished on bail for eight years while the Home Office and Crown Prosecution Service mucked him about in a scenario straight out of Franz Kafka's novel The Trial. Even the judge repeatedly questioned the public interest in continuing that prosecution.

Keeping State surveillance out of sight and out of mind

Above all, what the Home Office seems to have feared most with COMUGs is a potential inability to spy on anyone using a telephone. Britain's surveillance state apparatus, well documented here and elsewhere, operates on a dragnet basis with few meaningful oversight mechanisms.

The department's response to the Ofcom consultation on legalising COMUGs (PDF) laughably claimed that COMUGs might interfere with safety-of-life geolocation that operates through the normal 999 network. This was a very thin veneer over its true objection, namely the ability to track down terrorists ringing their mates abroad. Though it mentioned policing, the national security objection was absent.

In itself, that attempt to cover up the true reason for objecting to COMUGs raises further questions: why is the Home Office so embarrassed to admit national security is involved here? Virtually all clandestine State snooping for any reason has been retrospectively legalised in the Investigatory Powers Act 2016, so it's not as if hushing this up would give extra protection to anyone in the Home Office who had been breaking the law. As there are no COMUG operators in the UK today, it's not as though publicity could inspire (would-be) terrorists to say "hey, let's find a gateway and ring our masters for orders!" On the technical side, a large number of SIMs in one location shows up on a mobile network pretty quickly; finding and shutting down an illegal COMUG is very straightforward.

Maybe the Home Office knows that the British public's consent for its East German-style mass surveillance isn't as strong as it likes to kid itself. Of course, that's the classical liberal hope, and classical liberalism was just an 18th century blip in British history. The more likely explanation is that by deliberately keeping all of this out of sight, Home Office mandarins hope the public won't be able to ask questions about what it's up to, or otherwise demand transparency and oversight.

Those two things lead to an informed public which is able to raise objections to inappropriate and undesirable government policies – critically, objections that may be hard to publicly dismiss. Again, this is just a theory, but the history of modern government in the UK is hardly littered with shining examples of openness and responsiveness.

Through such obscure matters as the COMUG ban and the Mahony court case is the curtain lifted on how the British state operates behind the scenes. ®