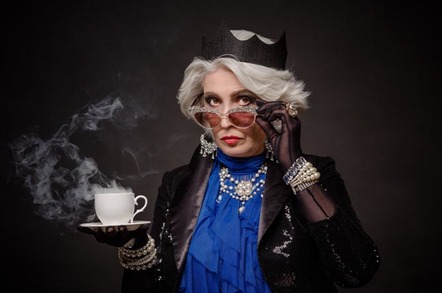 The UK has been ranked the third-worst country in Europe for fibre-to-the-premises (FTTP) coverage, according to a comprehensive study of speeds from 28 countries across the continent.

At the end of June 2016 FTTP coverage in Blighty was 1.8 per cent, the study by IHS Markit found.

Greece and Belgium reported the lowest levels of FTTP coverage at 0.6 and 0.4 per cent respectively.

Alzbeta Fellenbaum, principal analyst at IHS Markit, said: "This reflects the preference of operators in these countries to prioritise their deployment strategies on upgrading existing VDSL networks, rather than investing in the typically more expensive FTTP technology."

With the incumbent, Openreach, maintaining its focus on upgrading its legacy copper-based network, "there was limited expansion of FTTP networks in the UK".

Consequently, during the twelve-month period to mid-2016, the proportion of homes passed by FTTP increased by only 0.3 percentage points.

However, since then the government has announced a £400m "full-fibre" Digital Infrastructure Investment Fund, which would enable matched private sector finance to invest in new fibre networks over the next four years.

Since Openreach's legal separation from BT, the firm has indicated it is considering investing in 10 million FTTP connections in the UK by 2025, which will cost up to £6bn.

The firm's current plans are to connect 2 million fibre connections by 2020.

As it stands, average broadband speed in the UK is 16.51Mbps, and the government is considering its model for rolling out ubiquitous broadband speeds of 10Mbps by 2022.

Meanwhile, the EU Digital Agenda goals intends to deliver 30Mbps or more for all by 2020. ®