Company has trove of 2,000 patents and won't enforce any of them if you licence right 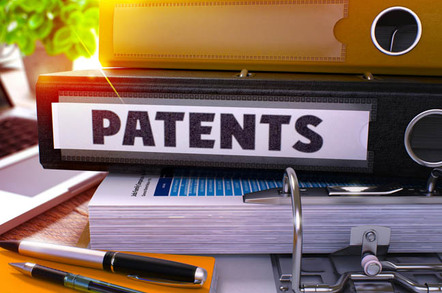 Red Hat says it has amassed over 2,000 patents and won't enforce them if the technologies they describe are used in properly-licensed open-source software.

The company has made more or less the same offer since 2002, when it first made a "Patent Promise" in order to "discourage patent aggression in free and open source software". Back then the company didn't own many patents and claimed its non-enforcement promise covered 35 per cent of open-source software.

The Promise was revised in order to reflect the company's growing patent trove and to spruce up the language it uses to make it more relevant.

The revised promise "applies to all software meeting the free software or open source definitions of the Free Software Foundation (FSF) or the Open Source Initiative (OSI)". That verbiage translates into any software licensed on terms the OSI approves on this list, or which meet the initiative's definition of open source offered here. Licenses listed by the Free Software Foundation as a free software license at here also come under the Promise's purview, as do those here as of the date this edition of Our Promise is published.

The Promise itself kicks off with: "To the extent a party makes, uses, sells, offers to sell, imports, or otherwise transfers Covered FOSS, Red Hat agrees not to use such actions as a basis for enforcing its patents against the party."

It's not a blank cheque. Hardware isn't covered and Red Hat is at pains to point out that "Our Promise is not an assurance that Red Hat's patents are enforceable or that practicing Red Hat's patented inventions does not infringe others' patents or other intellectual property."

But the company says 99 per cent of FOSS software should be covered by the Promise.

The new version of the Promise is retroactive and Red Hat says that while it has no current plans to revise the policy, if it does so in future "they will not undo the protections and coverage now being put in place".

Red Hat is not alone in offering such protection, as Microsoft offered it to Azure users in February 2017, pledging that developers would be freed from potential litigation on 10,000 patents for code they run in Redmond's cloud. Microsoft this week extended that offer to Chinese Azure users. ®