With all their hockey hullabaloo, and that crazy payout too 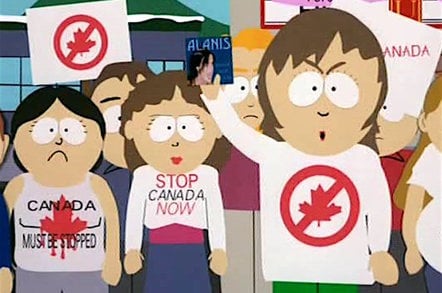 A CA$5.7m IBM contract to update payroll systems for the Canadian government has turned into a CA$185m boondoggle for the Great White North. That's $4.62m and $150m in US currency, respectively.

The relatively straightforward task of installing PeopleSoft HR software for a few government agencies has morphed into a massive project dubbed Phoenix, which is detailed in a 1,700-page contract that has been revised some three dozen times, CBC reported today.

According to documents obtained under Canada's freedom of information laws, Big Blue agreed in 2011 to undertake the project to overhaul some of the agencies' back office computer systems. After multiple amendments, the deal is now set to run until at least 2019 and will cover more than 100 agencies. It was rolled out in 2016 but it simply didn't work properly, with more than 1,000 bug reports filed against it.

We're told the payroll systems for Canada's government agencies remain a mess. Over the past 18 months, "thousands" of employees have experienced problems including not being paid or getting less than they were owed.

IBM did not return a request for comment on the deal. Go figure.

Big Blue itself may not be solely to blame for the fiasco. The government messed up when it took what was to be a simple software contract and expanded it into an effort to overhaul the payroll system used by hundreds of government agencies – which left IBM with a blank check for its services.

"The statement of requirement could leave loopholes, could leave escape avenues in it," said former Canadian Treasury Board analyst Roman Klimowicz. "IBM basically has an open bag of money to help themselves to."

And we learn that IBM had virtually no competition when it made its bid to build Phoenix. When the Canadian government put out its call for bids on the contract, Big Blue was the only party to step forward and offer a solution. It now has the rights to build Phoenix through the year 2019.

For the American IT giant, the deal could help to bolster a Business Services biz that saw revenues decline by four per cent last quarter, bringing in only $4.1bn.

Lest we internationals laugh at Canada's misfortune, IBM says it recently secured deals to provide tech services for companies in Hong Kong and Atlanta, Georgia. ®

Oracle in the worst security shape since 2010, hackers say

PeopleSoft p0wnage possible with a day of GPU brute-forcing

Researcher finds 500+ vulnerable systems, some at banks and military users

Oracle whips out the swatter, squishes 254 security bugs in its gear