Or maybe hold money from online transactions. Either way, we're getting our damn cash 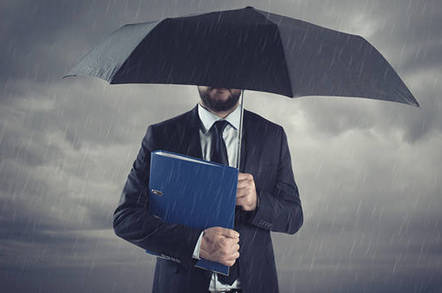 More details have emerged on the various plans being considered by European governments to force internet giants like Facebook, Google and Amazon to pay more in taxes, including a levy on internet ads and even withholding money for online transactions.

Following a letter earlier this month from the finance ministers of Europe's largest economies – that argued for a tax on turnover rather than profits – a meeting of all the European Union's 28 finance ministers last week resulted in them agreeing to push the proposal forward, but with additional options.

Next week, those proposals will be formally put to the EU and in a press conference at the European Commission on Thursday, vice president Valdis Dombrovskis launched the "new EU agenda for fair taxation of the digital economy."

"The European Union needs a common and coherent approach when taxing the digital economy," he argued today, adding that the issue is "becoming even more urgent, as a number of EU countries have already introduced unilateral measures."

In a pointed reference to Ireland and the highly favorable tax deal it offers tech companies – which results in them paying tiny amounts of tax in other European countries – Dombrovskis said: "Divergent national approaches can fragment the Single Market and increase tax uncertainty. They can also destabilize the level playing field and open new loopholes for tax abuse and corporate tax avoidance."

The European Union is currently battling with Apple and the Irish government over a massive €13bn ($15.5bn) tax invoice it has hit the computer company with, claiming that Apple received illegal tax benefits from Ireland.

France in particular is also smarting from having lost a six-year legal battle with Google in July that saw the ad giant escape a €1.12bn ($1.28bn) tax bill after an administrative court in Paris decided that Google's presence in the country was not sufficient for the fine to be held against the company. Google's French advertising contracts are sold through Google Ireland.

"The Commission wants to apply a simple principle," Dombrovskis said. "Companies should pay tax where their real economic activity is taking place. In other words, we need to ensure effective taxation."

The issue is that digital businesses often don't have a physical presence in a country where they make their money, he noted, but that is a model that no longer works, especially given the fact that businesses of all kinds are increasingly doing their business online.

"Therefore our thinking applies not only to taxing digital companies, but more broadly to dealing with tax in an increasingly digitalized economy," he argued.

As to the details, the "short term options" under consideration include: "an equalization tax, a levy on internet ads or withholding tax on internet transactions."

Obviously when it comes to tax matters, the devil is in the details, and the EC has not released more precise details, most likely because they have yet to be written.

At the Digital Summit meeting next week in Tallinn, Estonia, the goal is to get European ministers to agree in principle to the best "short term" approach for taxing giants like Amazon, Google, Facebook and Apple, and then have tax experts and civil servants set to work on making it a reality. Dombrovskis set an ambitious target of having new legislative proposals by spring of next year.

Despite the determined push, however, it remains far from certain that an initial agreement deal will be reached this month or even in the next 12 months. Some countries – Ireland and Malta in particular – will be strongly opposed, given their low-tax approach to attracting investment from large corporations. And it is going to require unanimous consent from all the 28 members to move forward. ®