Something good about Brexit? Errr, more teeth for Ofcom! – report 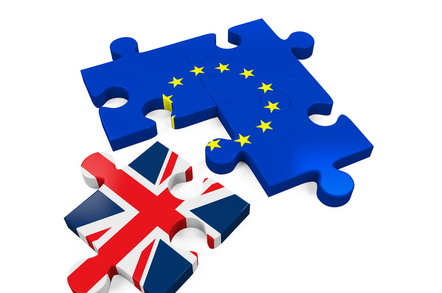 Brexit could hand UK watchdog Ofcom more powers to intervene in the retail telecoms markets while simultaneously creating uncertainty over mobile roaming charges, according to a wide-ranging discussion paper.

The report, Brexit: implications for digital citizens and consumers (PDF) by charitable body the Carnegie Trust, intends to highlight some of the potential risks and opportunities that Brexit could bring for digital consumers in the UK.

Dossier author William Perrin, who has worked as a policy advisor in Number 10 and as a deputy director of strategy and policy at the Cabinet Office, said there was an opportunity in the way we implement EU regulation.

"We can keep the spirit of the EU, but make adjustments to better reflect the UK market needs. Some of that could be resolved by returning to more [intervening] regulation."

The view echoes that of Sharon White, chief exec of Ofcom, who said in a speech about Brexit and communications last year that the European framework will suffer if the Commission imposes a planned ban on retail regulation by 2020.

"We believe any future UK laws should keep the door open to retail intervention, if it's the best way of protecting people left behind," she said.

Perrin cited research from Citizens Advice which estimated consumers could be missing out on £4.2bn in the telecommunication markets due to the poor switching regime. He said this is one area that Ofcom could have greater powers in addressing, as the regulator will be outside the European Commission's proposed ban on member state intervention in retail markets.

However, perhaps the biggest practical consideration for the telecommunications market after Brexit is what will happen to the ban on mobile roaming charges introduced by the EU this year.

"Given the likely timetable for a trade deal post-Brexit, UK consumers would have to rely upon roaming being covered in transitional arrangements between the UK and the EU or commercial negotiation between the telecoms networks, should they decide to offer 'free' roaming as a service," the report said.

Many regulatory issues remain highly uncertain in the post-Brexit landscape.

"There does not currently appear to be a strong citizen or consumer voice involved in helping to shape the UK's approach to the digital sector post-Brexit and steps should be taken to address this gap as consumer input can provide valuable insight to key issues," said the report.

"The possibility of a decline in an international digital workforce in the UK, combined with the UK being a smaller market for products and services, brings risks of higher prices and reduced choice for citizens after Brexit," it added.

The paper also suggested that Brexit could enable the UK to adopt "looser state aid rules", which might make it easier for local authorities to pick from a more diverse range of smaller broadband suppliers. ®

GDP-arrrrrrgggghhh! A no-deal Brexit: So what are you going to do with all that lovely data?

Feature What we know, plus potential ways to make that data flow

Survey reveals GDPR training and investment is on the rise