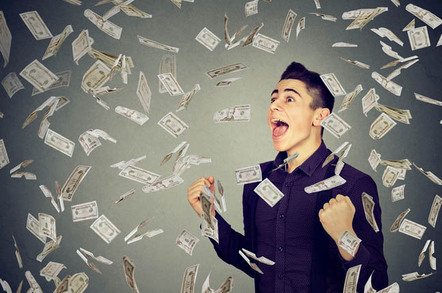 Baidu, which unveiled its own open-source self-driving software Apollo in April, originally announced it would be co-funding independent autonomous driving projects in July. But a Baidu spokeswoman told The Register that during a developer and partner conference on Wednesday in Beijing, it finally announced the investment amount as well as the length (three years).

The "Apollo fund" money comes from both Baidu and the Yangtze River Industry Fund. The spokeswoman said the joint venture is open to investing in projects regardless of whether the folks behind them are among the 70 existing Apollo partners.

According to Baidu, over 1,300 companies have downloaded its source code and "nearly 100" have applied for open data.

Brussels-based Maxime Flament, who leads the connectivity and automation department for the project ERTICO – ITS Europe, a public-private partnership to improve the mobility of people and goods on the continent, told The Register the organisation "welcomes the ambitious Apollo project in the sense that it addresses the technical challenges" of autonomous vehicles.

He said there are several ERTICO partners that are "actively contributing" Apollo members.

But he added that there are "huge" regulatory and other non-technical challenges "that need to be addressed" before autonomous vehicles are operated and sold. He said the Apollo project "will require an additional set of investors who accept to take the risk to put such vehicles on the public road".

Baidu has not yet publicly announced any investments for the Apollo fund. More information is available on the Apollo website. ®