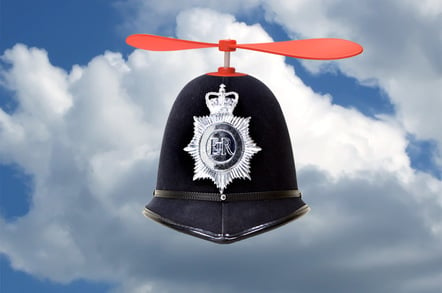 Cops in Manchester, England, have 1,518 PCs running on Microsoft's dusty operating system Windows XP, according to a Freedom of Information response.

This equates 20.3 per cent of the total PC fleet that GMP has in use, despite Microsoft ending support for the much loved operating systems back in April 2014.

A spokesman for GMP insisted it was reducing its reliance on XP "continually".

"The remaining XP machines are still in place due to complex technical requirements from a small number of externally provided highly specialised applications," a spokeswoman told the BBC.

"Work is well advanced to mitigate each of these special requirements within this calendar year, typically through the replacement or removal of the software applications in question."

The FoI request about PC estates and the operating systems used was sent to numerous police forces across the UK but most refused to respond, citing security concerns.

The Register previously asked the Home Office to disclose its number of ancient ageing Windows devices, and received the same response. But in June the Met actually 'fessed up that it was still running 18,000 Windows XP boxes.

Infosec expert Alan Woodward told us “security through obscurity” does not work as an effective measure against attacks.

“By running so many XP machines, the police is effectively leaving more door handles exposed for hackers to rattle. Hackers are not targeted, so not disclosing this information won’t prevent attacks.

“From what I know this proportion of machines still running Windows XP is endemic across public sector.”

Raj Samani, McAfee fellow and chief scientist, agreed. “The public sector is an increasingly popular target for cybercriminals. Its ample sensitive data provides large-scale opportunities to cause havoc, as was made evident this year with the WannaCry attack which targeted the NHS."

Windows XP crashed too much to spread WannaCrypt

He added that around 6 per cent of all operating systems in the world are running XP, meaning it is not just a problem in the law enforcement agencies. "But it might be a bit misleading to say its running XP, ergo it is vulnerable. The question is what compensating controls are in place," he said.

For example, it transpired that Windows XP machines weren't necessarily the main vector in spreading the Wannacry virus, with many machines simply crashing rather than spreading the infection. Some researchers believe the bigger problem was unpatched machines on other versions of the operating system: Vista and Windows 7.

Ross Anderson, professor of security engineering at the University of Cambridge, noted the cost of ensuring outdated operating systems remain secure is a false economy.

He said the fact Manchester is still running Windows XP doesn’t in itself indicate the level of the threat exposure.

“It’ll be down to what sysadmin they have in place, the firewalls and how they are configured… certainly no one should consider running unpatched machines.”

Christopher Boyd, lead malware man at Malwarebytes, said Manchester Police seem to be suffering from a common problem - reliance on custom applications which don't work with other versions of Windows.

“Aside from the well known risks posed by XP, we must ask how healthy these apps are. Do the developers still even support them with security patches, or are they essentially 'abandonware' with no comparable equivalent available?”

Given budget constraints it seems they are being forced to slowly find replacements while dealing with increasing amounts of duct tape to keep everything ticking over, he said. ®