Behold the new SCv3000 arrays, with auto-tiering, all-flash, twin controllers, 2PB raw capacity all in 3U for <$10k 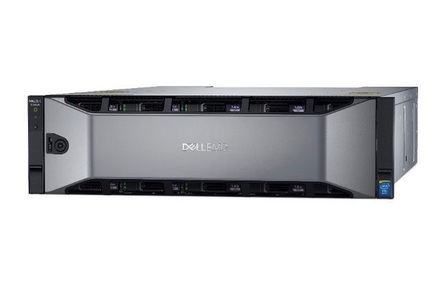 Dell EMC has refreshed its cheapest storage appliance by giving us the SCv3000, a successor to the SCv2000.

The new machine is an entry-level unified SAN, but boasts some pretty impressive specs. There's a six-core Xeon E5-2603v4 at 1.7GHz, either 16 3.5” or 30 2.5” drive bays, two hot-swappable controllers and each machine can address a petabyte of raw capacity, or two petabytes if you change the data page size from the default 2MB to 4MB. You'll need “expansion enclosures”, Dell EMC talk for disk drawers, to hit either mark. The array can handle up to 16 such enclosures. If you need a NAS or to play nice with one, the device integrate with Dell EMC's FS Series NAS gateways.

Users can go all-flash, all-spinning-rust, or mix the two media. The latter arrangement makes sense because the arrays include auto-tiering built in, along with compression. “Thin snapshots”, which sound like differential backups, are on offer. Older snapshots will find their way to lower-tier media, up to a limit of 4,096 snapshots. “Thin clones” let users clone a volume without duplicating data and are touted as superior to data deduplication.

Importantly, the devices can be federated with and/or replicated to other members of the SCv range, making them rather handy for use in remote or branch offices.

Management tools permit integration with EqualLogic arrays, suggesting the SCv 3000 as an upgrade possibility for users who can't quite let go of Dell's old low-end kit.

The company says street price for the new device will come in below US$10,000, which is a fine figure for arrays that five years ago would have been quite advanced. They're certainly more sophisticated than many of the cloud storage services that are assumed to be irresistible to smaller businesses. ®