Joins Three in telling Ofcom: See you in court 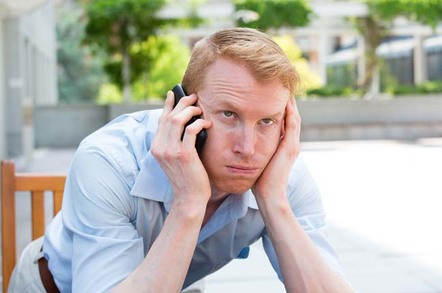 The biz wants to split the rules for bidding on the different bands, under Ofcom's plans to stop mobile phone companies from owning more than 37 per cent of usable spectrum by 2020.

BT/EE currently holds 42 per cent of immediately usable UK mobile spectrum, with Three owning 15 per cent, Vodafone 29 per cent, and O2 14 per cent.

EE has accepted it will not participate in the 2.3GHz band, which will be used for 4G, but wants the cap removed for the 3.4GHz band, identified as central to the rollout of 5G. That latter band will not be available until 2020.

Originally it was anticipated the auction would go ahead later this year, but the legal challenges mean they will not be held until the first half of next year at the earliest.

The move is effectively a counter action to Three's concerns that the 37 per cent cap on spectrum is not guaranteed as Ofcom intends to review its stance ahead of another spectrum sale.

Industry watchers have expressed concern that the action could significantly delay the auction. However, Three said it anticipates a short process and a court decision by early 2018. "Ofcom does not expect commercial 5G services in the UK before 2020, so this short process will not impact the availability of 5G to UK consumers," it said.

It is understood that both challenges will be heard concurrently in order to minimise the anticipated delays to the spectrum rollout.

An Ofcom spokesman dusted off the same line used regarding Three's challenge, which landed earlier this month: "It is very regrettable that the auction will now be delayed by this litigation, which will harm consumers, businesses and ultimately the UK economy. We hope this matter can be resolved promptly, so that we can release the spectrum as soon as possible."

EE confirmed the appeal was now in, but said it did not currently have a statement. ®