BoJo, don't misuse stats then blurt disclaimers when you get rumbled 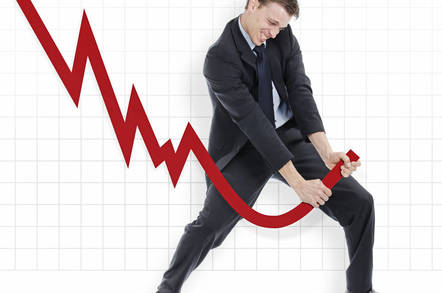 As we all know, there are "lies, damned lies, and statistics". No doubt that line will be pulled out again to bolster the case for British Foreign Secretary Boris Johnson against Sir David Norgrove, head of the UK Statistics Authority, who has made it clear he's unimpressed with Boris's use of the stats.

Norgrove criticised Johnson for using a gross figure of £350m a week for the additional amount that might be available for public spending when the UK leaves the EU. This, wrote Norgrove, was a "clear misuse" of official statistics.

Unusually for a minister called to account by the UK Office for National Statistics, Johnson hit back, explaining that, as his original article made clear, he was talking about the amount that would return to UK control post-Brexit and, since the net balance calculation includes sums returned to the UK at the discretion of the EU, he is technically right: the UK will take back control of £350m which it could, if it chose, apply wholly to the National Health Service.

Is this really a "misuse" of statistics, or simply an all-too-knowing dancing around them – you know, politician stuff, hinting at one thing while the small print makes it clear you don't mean anything of the sort.

My own response to The Spectator, which is – predictably – with Boris on this, is that it most definitely is. A misuse. That's because statistics is a discipline: the science of collecting, analysing and making inference from data. Included in that is the sense that statistics is also about interpreting and communicating that interpretation more widely.

Here are the beginnings of a divergence of interest that, one would hope, national politicians would respect. To most people, statisticians – when not being employed in a variety of roles as analysts, researchers and similar – perform two tasks. On the one hand, they produce reports: in some businesses, it seems, their main function is to spend four-fifths of the week producing pretty graphs and tables for the Board to pore over on the other fifth, before starting again on the Monday.

However, they also do strange and arcane things with massive data sets, creating multi-variable models and – amazing stuff! – predicting the future. In either case, statisticians are not as other folk: they are either toilers at the data coalface, looking to extract occasional nuggets of wisdom. Or they are data wizards, moulding the very fabric of business.

What statisticians can, will and shan't do for you

Yet both species, it seems, are subject to the same business pressures.

This first became clear when I ran a data analysis department for an advertising agency and was called upon to report on the effectiveness of a new and groundbreaking campaign. For shampoo. This was a whizz of an idea, put together by a creative team and one account director, with the added twist that the campaign hadn't worked.

In fact, it had been a complete waste of time and money no matter which way you looked at things – even down to gallons of extra shampoo sold versus advertising pounds spent. The campaign lacked substance. And body. It, ahem, did not shine.

Our ad director was upset. My job, she informed me, was to show what a good campaign it had been, not to sabotage the agency. There was no meeting of minds. In the end, she produced her own report, replete with plenty of optimistic and colourful bar charts.

However, it was an issue that returned time and time again. When the figures did not say what those who commissioned them wanted, there was pressure, often immense pressure, on the stats team to massage them somehow. Or if not massage, at least to fudge the presentation. So many tricks: from scaling to the form of graph used to illustrate a point. I knew them all.

And, not being independent of the person or department commissioning any given report, there was always pressure to deliver not an accurate depiction of reality, but what the commissioner wanted to hear.

All of which brings us back to Boris Johnson and the ONS. The latter, since 2008, has at least the luxury of independence from ministerial control – for since then, the ONS line of responsibility is direct to Parliament.

As for misuse? Definitely, for this £350m has form. It was first claimed as an absolute or gross saving to the UK, repudiated the morning after the June 2016 referendum, and has now re-emerged, it would seem, as the Foreign Secretary flies what would look like a kite for the leadership of the Conservative party. Not just a politician, but a politician with a vested interest, much like my shampoo advertising exec of years past.

It is a figure that in and of itself has acquired totemic properties, and therefore will mislead the public, every bit as much as a straightforward graph that depicts a change from £1,001 to £1,002 as dramatic by omitting the first £1,000 from the y‑axis.

Pointing to the small print – to the scale on the left, to the explanatory footnote – simply will not do. Johnson is misusing figures and the ONS was right to point it out.

The lesson to statisticians in all fields, and not necessarily involved in this Westminster brouhaha, is to keep the faith and to not bow to pressure no matter from where – or whom – it comes. ®