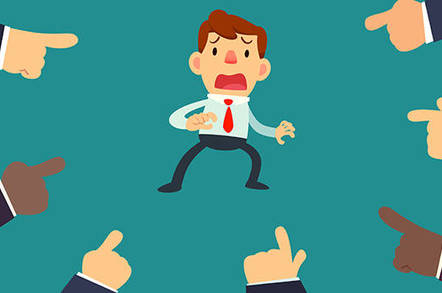 Microsoft is pointing the finger of blame at HP Inc's factory image for black screens of death appearing after a Windows Update.

Scores of PC owners took to the HP forums last week to report that Windows 10 updates released September 12 were slowing down the login process. Users stated that once they downloaded the updates and entered their username and password, they only saw black screens for about five to 10 minutes.

The forum members said that clean installs or disabling a service called "app readiness", which "gets apps ready for use the first time a user signs in to this PC and when adding new apps" seemed to fix the delay.

Today, a Microsoft spokesperson told The Register: "We're working to resolve this as soon as possible" and referred affected customers to a new support post.

According to the post, "some OEM factory images create incorrect registry keys during image creation" that "conflict with the app readiness service".

The black screen is triggered after some users install Windows Store application updates, it noted.

HP has still not responded to a request for comment from September 15. We asked again today but have yet to hear from them. ®