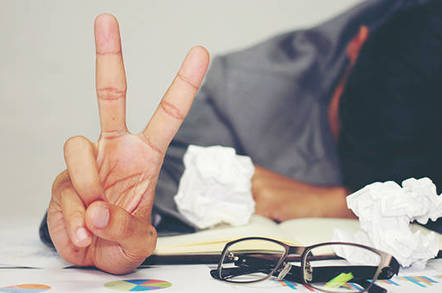 Anti-piracy and anti-copying protections are now formally part of the World Wide Web after an effort to vote down content controls at the WWW's standards body failed.

The World Wide Web Consortium (W3C) has been embroiled in controversy for five years over the introduction of the Encrypted Media Extensions (EME) specification. It finally went to a vote and was approved by 58.4 per cent, with 30.8 per cent opposed and the rest abstaining.

Some argue that a so-called digital rights management standard is needed so browsers have a common way to make sure that things like copyrighted videos are protected uniformly across the web. The EME technology – championed by Netflix, Microsoft, Google and others – is designed to stop people saving, copying and sharing copies of movies and other high-quality stuff streamed online without permission.

Meanwhile, others have been fiercely opposed to the DRM mechanisms on principle: contending that the W3C should only ever create standards that promote an open internet.

The argument has also laid bare a rift in the standards body between internet engineers who see themselves as the guardians of the internet's open philosophy, and corporate interests who have increasing sway over the W3C.

The tipping point likely came in the form of web inventor Tim Berners Lee who, as director of the W3C, argued in March for the inclusion of EME, having long tried to steer clear of the controversy.

"W3C is not the US Congress, or WIPO, or a court," he argued. "W3C is a place for people to talk, and forge consensus over great new technology for the web. Yes, there is an argument made that in any case, W3C should just stand up against DRM [digital rights management], but we, like Canute, understand our power is limited."

Berners-Lee noted that EME would promote greater interoperability and enable the data provided by content use to be limited, improving online privacy.

But critics were not persuaded, criticizing the W3C and Berners-Lee for their "defeatist" attitudes and for selling out to commercial interests. They argued that the proposal will "give corporations the new right to sue people who engaged in legal activity." Three formal objections to the proposal were launched:

After some back-and-forth and a few minor changes, the EME recommendation moved forward to a vote and was passed.

The decision sparked a considerable effort by the W3C to argue its case. CEO Jeff Jaffe wrote a blog post in which he argued that the debate over EME wasn't actually about W3C standards, so much as a societal shift.

"W3C did not create DRM and we did not create DMCA. DRM has been used for decades prior to the EME debate," he wrote." But in recent years it is a credit to the World Wide Web that the web has become the delivery vehicle for everything, including movies. Accordingly, it was inevitable that we would face issues of conflicting values and the appropriate accommodations for commercial use of the web."

Jaffe argued that discussion within the W3C has done what it was supposed to do: improve a technical specification. "Critics of early versions of the spec raised valid issues about security, privacy, and accessibility," he wrote.

He also acknowledged that critics' last sticking point – an effort to legally protect security researchers by allowing them to test and break encryption methods – did not make it through. That was largely because corporate interests felt such an approach would amount to a legal backdoor for hackers.

But even Jaffe wasn't keen to stick his neck on the line, noting: "In the end, the inventor of the world wide web, the director of W3C, Tim Berners-Lee, took in all of the diverse input and provided a thoughtful decision which addressed all objections in detail."

He concluded: "My personal reflection is that we took the appropriate time to have a respectful debate about a complex set of issues and provide a result that will improve the web for its users."

The W3C also published a list of testimonials from companies including Netflix, Microsoft and the Motion Picture Association of America (MPAA) arguing why EME was a good thing, and outlined in detail why users will benefit from the recommendation.

But one of the most persistent critics of the proposal, Cory Doctorow of the Electronic Frontier Foundation, who also proposed and help organize the protest vote, was not persuaded.

In an "open letter" to the W3C, Jaffe and Berners-Lee, Doctorow focused on the failed "compromise" that would give legal protection to "legitimate activities, like research and modifications, that required circumvention of DRM," and attacked Berners-Lee for "personally overriding every single objection raised by the members."

He went on: "Somewhere along the way, the business values of those outside the web got important enough, and the values of technologists who built it got disposable enough, that even the wise elders who make our standards voted for something they know to be a fool's errand."

The W3C had "squandered the perfect moment to exact a promise to protect those who are doing that work for them," Doctorow said, and somewhat dramatically announced at the end of the letter that the EFF was leaving the standards organization in response.