Does someone need to take the handbrake off this thing? 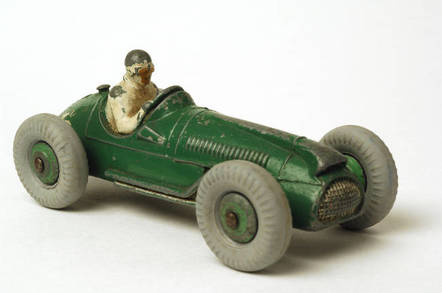 Microsoft on Sunday bragged its artificial intelligence technology is behind the, er, success of the massively underperforming Renault Formula One team.

In a poorly timed bit of marketing, the Redmond software giant talked up its partnership with the racing team just as the latter finds itself sitting 433 points behind leader Mercedes.

Microsoft says the Renault team – running 7th out of 10 in the 2017 Formula One Constructor Standings – uses everything from Azure Machine Learning, to Stream Analytics, to Dynamics 365, to help it not win.

"Artificial intelligence would be so important during a race," said Renault Sport Racing's CIO, Pierre d'Imbleval. Yeah, would be. "We need help to take the best decisions that have to be taken during each lap time," he added.

According to Microsoft, the team – which admitted a seventh-place start is "pole position in our world" – uses Redmond's AI system to collect input data from thousands of channels of sensors on the cars and analyze vehicle performance both during a race and after, as well as in testing.

The idea, says Microsoft, is to use the machine learning to perform calculations and analysis that would otherwise take up the time of a team of engineers.

Additionally, the Windows giant says the Renault design team is using its HoloLens augmented reality platform to study and improve car and engine designs – something that d'Imbleval sees not only more successful Formula One teams, but also the fans themselves, taking up in the coming years.

"You can imagine people in the grandstand each wearing a HoloLens headset and getting information, like what is the driver's mood – is he feeling aggressive or defensive?" said d'Imbleval.

"It will be a completely brand new experience for the fans."

Microsoft did not say how Renault could be using its products to find some new drivers. ®