Memory management wonks, this release is for you. And also you Hyper-V admins 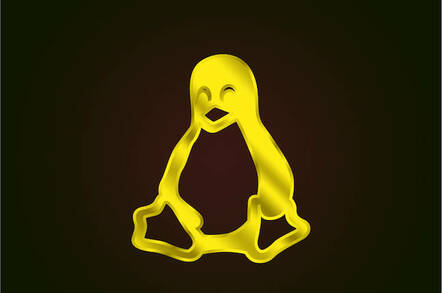 Linus Torvalds has unsentimentally loosed release candidate one of Linux 4.14 a day before the 26th anniversary of the Linux-0.01 release, and told penguinistas to expect a few big changes this time around.

“This has been an 'interesting' merge window,” Torvalds wrote on the Linux Kernel Mailing List. “It's not actually all that unusual in size - I think it's shaping to be a pretty regular release after 4.13 that was smallish. But unlike 4.13 it also wasn't a completely smooth merge window, and honestly, I _really_ didn't want to wait for any possible straggling pull requests.”

Hence the Saturday release, instead of his usual Sunday.

“For example, on the x86 VM side, 4.14 doesn't just have_one_ new core memory management feature, but three: 5-level page tables, ASID support (it's called 'PCID' on x86 for reasons that are not good) and the AMD memory encryption support. So the fact that we had a few hiccups is very understandable, and in fact it should amaze everybody just how smoothly the 5-level page table code integration seems to have gone, for example.”

“So 4.14 is getting some very core new functionality.” With this version of the kernel also earmarked as 2017's version to receive Long-Term Stable (LTS) status, the additions are therefore unusually significant.

Other significant changes in this release are removal of firmware images from the kernel tree. “That's because people haven't used them for the last few years, since there's a separate firmware image repository,” Torvalds writes.

Once this version's done it will also see Linux be a better guest under Hyper-V, the end of support for the venerable MIPS R6000 CPU, and the arrival of support for Zstd file compression.

“But there's changes all over,” Torvalds adds. “Documentation, architecture updates, filesystems, networking, tooling. This was not a small release, even if I had kind of expected that with much of Europe on vacation in August we'd have seen a slow-down. Nope.” ®