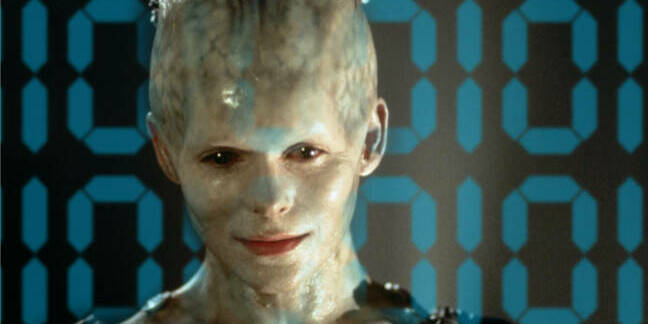 Cisco's exec chair and former CEO of 20 years, John Chambers, will not stand for re-election to the board of directors in December.

Chambers was named executive chairman on July 26, 2015 after he stepped down as CEO - handing the reins to Chuck Robbins, who has been with the company since 1997.

Switchzilla's board plans to appoint Robbins to serve as chairman when Chambers' term expires at the annual meeting of shareholders on December 11, 2017.

It is not clear if Robbins' appointment as exec chair is temporary. Usually shareholders prefer those roles to be held by separate individuals, to avoid one exec having unfettered powers of decisions.

Oddly, Chambers will be given the honorary title of Chairman Emeritus - presumably to denote his perpetual status at the biz.

However, the borg's fortunes have dipped: over the past seven quarters, Cisco has reported negative growth. Operating profit has also remained flat for years. The organisation, like other old world tech leaders, has been hit by the cloud.

Honouring the Dear Leader Chairman Emeritus to be, Robbins said, "John's brilliant mind, compassion and charismatic leadership have helped shape Cisco for over 20 years, and for that we are all grateful."

Robbins went on to praise Chambers' influence on the industry:

"He built Cisco around a culture of integrity and innovation that will continue to serve our employees, partners and customers for decades to come. I have no doubt he will continue to have a lasting impact with his future endeavors."

The departing exec chairman might be waving bye-bye to switches and routers, but he is obviously keen to keep his hand in tech, particularly drones. Chambers has invested in two drone businesses - Airwaves and Dedrone.

At the next Annual Meeting, the Cisco board is expected to reduce the size of the board to eleven members, ten of whom will be independent directors. These people consider aspects such as corporate governance. ®

It's easy to be serene from a throne of cash

There is life after the Borg... in social media management platforms apparently

'US is the worst for startups'

Chambers tells India Cisco's got another US$100 million to spend

Come to Pune or miss the bus, apparently. Also, you rock harder than Shelbyville