Jobs look to be on their way to India 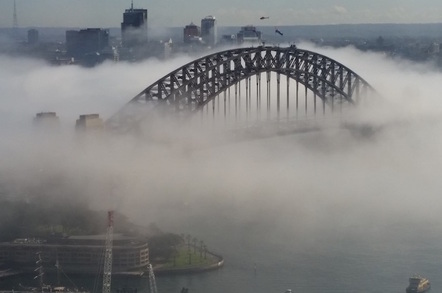 Storage management software vendor Veritas is shrinking its Sydney office, a move The Register understands will mean the loss of over 65 jobs in the support team currently stationed in the Australian city.

Veritas told us the changes have been made because the company “continually reviews its real estate holdings in an effort to streamline its operations worldwide.”

“As part of this effort, Veritas made a decision to restructure its operations in Sydney, Australia.”

“While Veritas remains committed to maintaining a site in Sydney, some technical support and administrative roles may be impacted, pending the consultation and redeployment period which has now started.”

A person with knowledge of the situation told The Reg that all frontline and advanced frontline support positions for all products have been cut in Sydney. Those staffers will stop taking new support cases in the last week of September. All activity will cease in mid-October.

Sydney is an expensive place to do business: office rental costs are high by world standards and far higher than those on offer in south-east Asian nations that occupy similar timezones to Australia*. But rents aren't so high that a review of real estate alone could credibly account for 60-plus sackings. The Reg believes Australia's high wages have more to do with this move: putting support people in lower-waged nations could save some cash while increasing customer service headcount.

Perhaps it could even improve service, although The Register also understands that the changes will mean level two support will leave Australia, leaving local users dependent on resources in less-convenient time zones.

The Register believes that work currently performed in Sydney will move to India and job ads like this one for a Customer Care Agent suggest the company is hiring at its facility in the India city of Pune. Another, older, ad for a “Support Ops Specialist” also located in Pune seeks applications capable of working “rotational” shifts.

Data protection software is a small but hotly contested industry in which upstarts Veeam, Rubrik, CommVault and others have made splashes of late. While Veritas has done well since consciously uncoupling from Symantec, it's a brave vendor that gives customers a reason to consider alternatives.

Veritas has told The Register's it will not offer any more information than the statement above. ®

*Look, boss – a scoop from the Sydney office. No, that's not nervous laughter you hear. Why do you ask?

And so it begins: Veritas lays off UK workers, R&D bods hit hardest

At least 100 out at cloud data wrangling biz, sources claim