Two months after the biz told El Reg, 'no, no, David Goulden is going nowhere'. 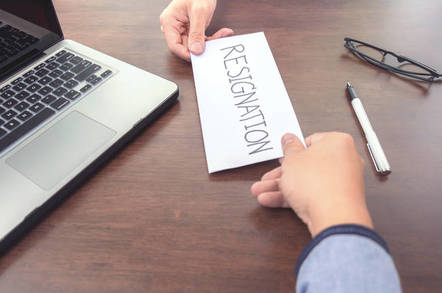 Dell EMC president and boss of the Infrastructure Solutions Group, David Goulden, is leaving the business at the end of the company’s fiscal year, The Register can reveal.

Goulden landed at EMC in 2002 and went on to run sales, marketing and was CEO of the Information Infrastructure division prior to the storage vendor being snapped up for a cool $60bn (£44bn) plus by Dell in October 2016.

“The decision to step down following Dell Technologies’ first anniversary comes with a profound sense of pride for what we achieved in a very short amount of time,” said Goulden in a prepared statement. He didn’t list the specifics.

Golden said the “transition to Dell” was complete and “the time is right for a personal transition, and to bring the product [Infrastructure Solutions and the Client Solutions] groups together”.

Jeff Clarke who runs the PC side of the organisation will now also take ownership of Goulden’s baby, but both the divisions will continue to run separate strategies, as would be expected.

El Reg asked Dell EMC about two months ago if Goulden was leaving, as we’d heard and were told, “No that is definitely not the case”. Still, a lot can, er, change in two months. ®