Get out your specs: Java EE's headed to the Eclipse Foundation

Yes, we meant specifications... and think up a name, would you? 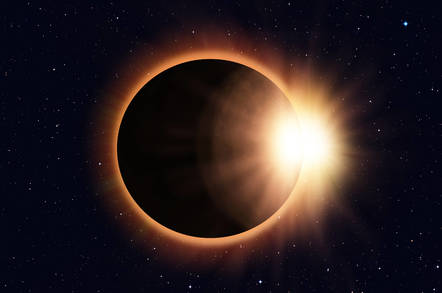 Oracle has named the Eclipse Foundation as the new host for Java Enterprise Edition, but said the platform won’t get to keep its name.

The decision to make Java EE - which is already developed in open source - fully open was announced last month, with Oracle’s David Delabassee saying it was in a bid to make it “more agile and responsive”.

Delabassee has now set out further details of the move, which will see Big Red relicense Oracle-led Java EE technologies, and related GlassFish technologies, to the foundation.

He also suggested a “potential incorporation” of the existing Java community MicroProfile - also hosted by Eclipse - technologies into the the platform.

However, the name Java EE will not be donated to the foundation, meaning a “branding strategy” should pop up in the coming weeks.

The decision to hand Java EE over to Eclipse has been broadly welcomed by the community on social media - despite an informal poll by a co-founder of the Java EE Guardians group last month indicating greater support for the Apache Foundation.

If Java EE were to be moved to a foundation outside Oracle, which one would you prefer?

One member of the Java EE Guardians, Kito Mann, said he was "thrilled" with the move. "This is a major step in the right direction, and I'm impressed with the speed at which Oracle is working on the transition. There is still a lot of work to do, but I'm confident this will energize the community and help Java EE move at a faster pace."

“Eclipse MicroProfile has been a very successful 'related to Java EE' project and indeed has been suggested as a project to merge with,” he told The Reg. “Eclipse also has a very strong reputation with regards to managing IP, which is of vital importance to Java EE.”

Mark Little, veep for engineering at RedHat - which is closely involved with MicroProfile and was consulted during the process - agreed that moving the two closer together would help collaboration.

More broadly, Little said that opening up Java EE “will help us to iterate on the whole enterprise Java specs a lot quickly than we’ve been able to do in the past”.

“It also lets more people get involved; the guardians don’t have to be JCP [Java Community Process] members, they just have to be Eclipse foundation members, to hack on code or hack on specs,” Little added.

However, for Gartner analyst Anne Thomas, Oracle’s decision to open-source Java EE is a signal that the platform is on its way out. “It knows it can’t make money from it any more… They’re putting it out to die.”

Thomas - an outspoken critic of Java EE – argues that Java EE isn’t necessary for modern application design. “The bottom line is we don’t need these massive application servers any more… 90 per cent of what’s in Java EE is not something I want to use when I’m building a new application.”

Instead, she told The Reg that evangelists should “get beyond EE”, and ask “what are the APIs we want to be able to build for enterprise Java so we can make sure that Java is still going to be really important in the world for the next 10 years?”.

Oracle hasn’t set out a timeline for the migration of Java EE to Eclipse, but Little said “realistically it could take months”, although it will hopefully be by the end of 2017.

This, he added, is because it’s about “more than migrating the source and specs”. There are a range of other questions, for instance on management and the processes for how specifications are revised.

“That was done under the JCP, does it continue under the JCP? Or does it have its own governance like MicroProfile does?” he said. “All those things are still to be decided, and that’s going to take a little while.”

These discussions will be involve Oracle, Red Hat and IBM - the other major Java EE contributor - and Little added that “hopefully we’re going to be opening up to everybody in community who’s interested, sooner rather than later”.

It’s likely that there will be a bigger announcement at the JavaOne conference next month, at which Verburg predicts “intense discussions” around the rebrand in particular.

“Several Java EE vendors and community members feel that losing that branding will be a serious blow to the future adoption of Java EE at the foundation (under a new name),” he said.

“[But] others feel that Java EE actually has a poor brand reputation (because of the history – J2EE versions from many years ago) and that a break is welcome.” ®