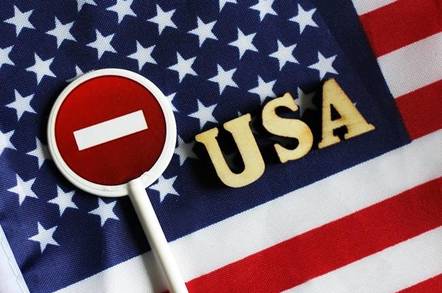 Despite pending legislation to ban US federal government offices from using Kaspersky Lab security software, Homeland Security has issued a Binding Operational Directive demanding that the products be removed within 90 days.

The directive gives government IT managers 30 days to identify which – if any – of their systems have Kaspersky software installed, 60 days to develop a plan to get rid of it, and by the 90-day mark it must be uninstalled, unless the DHS advises them otherwise in the meantime.

"The Department is concerned about the ties between certain Kaspersky officials and Russian intelligence and other government agencies, and requirements under Russian law that allow Russian intelligence agencies to request or compel assistance from Kaspersky and to intercept communications transiting Russian networks," the agency said in a statement.

"The risk that the Russian government, whether acting on its own or in collaboration with Kaspersky, could capitalize on access provided by Kaspersky products to compromise federal information and information systems directly implicates US national security."

Only last week, US Senator Jeanne Shaheen (D-NH) introduced legislation to do exactly the same job, but the DHS isn't waiting for Congress to act and went ahead with the directive. On Friday, US big-box retailer Best Buy pulled Kaspersky software from its shelves, although it declined to say why.

Not that Eugene Kaspersky is all that bothered. On Tuesday he said that the firm doesn't really have much in the way of sales to the US government, but that it was opening three new offices in the Land of the FreeTM to cope with customer demand.

The DHS did say that it would like Kaspersky to get in contact with its officers to provide evidence that their software is all kosher and correct. That's rather odd, since Kaspersky has repeatedly offered to let government inspectors look through its source code to check for any backdoors.

"Given that Kaspersky Lab doesn't have inappropriate ties with any government, the company is disappointed with the decision by the DHS, but also is grateful for the opportunity to provide additional information to the agency in order to confirm that these allegations are completely unfounded," a spokesperson from Kaspersky told The Register.

"No credible evidence has been presented publicly by anyone or any organization, as the accusations are based on false allegations and inaccurate assumptions, including claims about the impact of Russian regulations and policies on the company. Kaspersky Lab has never helped, nor will help, any government in the world with its cyberespionage or offensive cyber efforts, and it's disconcerting that a private company can be considered guilty until proven innocent, due to geopolitical issues."

US intelligence agencies have been briefing politicians and trusted businesspeople in private about the supposed dangers of the Russian firm's code for months now, but haven't offered up a jot of evidence to back up their claims in public. Much like Iraqi weapons of mass destruction, we're being asked to trust them on this one.

There are two possibilities here:

The move against Kaspersky might be popular in the US, but President Putin is reportedly pissed off at a Russian firm being targeted in the US. Last week he told technology executives in Russia that they should avoid foreign software and use only Russian code.

It's worth noting that China banned Kaspersky software from government contracts in 2014. But it also banned Symantec's code from its systems as well. Only Chinese security software is on the approved purchasing list. ®