Samsung has little to fear 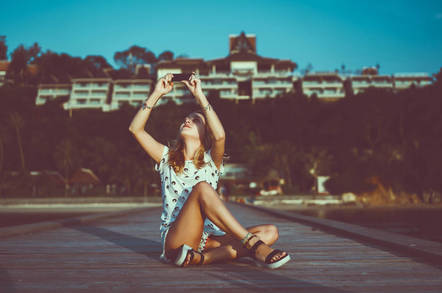 Comment You may or may not know that the phrase "industrial revolution" was coined by a Frenchman.

What irony, you may think. While Britain was inventing the modern world with its engineering, rich natural resources and entrepreneurship, didn't the French spend the 19th century pulling up mangelwurzels, treading grapes with their bare feet, and keeling over with dysentery? Mostly, yes. In fact, by some measures, France actually de-industrialised in the late 1800s.

But it was not for lack of trying, and one factor is fascinating and much overlooked. The French built state-of-the-art textile factories using imported technology. The problem was, the spending power of the peasantry was insufficient to generate the demand to make those factories economically viable. Britain's secret was that people were already better paid than on the continent: there was a mass market for the goods.

I wonder if Apple has factored this in; I am guessing not, as Silicon Valley is notoriously ahistorical. But with price hikes across the board, crowned by a "super-premium" £1,000+ phone, Apple's strategy looks as risky as French industrial policy after Napoleon.

Apple was supremely happy taking the 20 per cent of the global phone market that doesn't use Android phones. It was happy because it overlaps nicely with the wealthiest 20 per cent of the market, who are happy to pay the "Apple tax", and fork out more on Apple services and peripherals. It was already in a new premium niche. The iPhone X is the first product in a super-super premium category.

This may be a brilliant strategy, but it's also a risky one. A premium works only when you have two things: the technology that drives the demand, and a sufficient number of willing buyers in the market. It isn't clear the £999 X (64GB) or the £1,149 (256GB) fulfils either.

The iPhone was unique because it could do one or two things (web and maps, but not much else) much better than the competition at the time. The best mobile web experience at the time was on Windows Mobile or Nokia tablets, and it was very clunky. Even without apps or 3G, the first iPhone hinted at greater things to come.

Does the X astonish in the same way? Does it have the same lustre? You must be kidding.

Not only does the iPhone X borrow features from the competition (fast charging, Qi), it looks uncannily like the competition too: a Samsung Galaxy S8+ to be precise, only with an ugly "notch". But it also takes what may potentially be a huge regressive step backwards.

With FaceID, cops can just point your phone at your face while they have you in handcuffs then look through your phone without a warrant.

I have castigated Samsung for one of the worst design decisions in years more than once: placing the fingerprint sensor right next to the camera lens on the back of the Galaxy S8s. But at least there's a fingerprint sensor there. In Apple's £999 flagship, to avoid entering the six figure PIN, you're now entirely at the mercy of Apple's facial recognition. Some insist FaceID is speedy and reliable, on the booths, but a high profile failure during the demo itself will have sown the seeds of doubt.

And, it's still facial recognition. The "industry best" face recognition today is slow and unreliable, leaving you hovering with uncertainty whether you can get in. TouchID is fast, and doesn't require contortions.

It's also far, far safer and more convenient to use in the car. I get the impression that Apple dearly wished FaceID wasn't necessary at all, but like Samsung, couldn't get the under-glass TouchID to work. So it decided to muster all the smoke, mirrors and marketing fireworks it could, and make a virtue out of necessity. Time will tell whether it has gotten away with it.

All the same, that's a huge premium over the basic iPhone, the underrated SE. So if you're an Apple virgin, you can buy into this world of wonder - having strolled down tree-laden "Genius Groves" we hope - for £349 and still have £359 left over (or a massive £650 saving from shunning the X).

Across the rest of the line, we must note that the cheapest iPhone 7 (32GB) yesterday (£599) is being superseded by the cheapest iPhone 8 (64GB), which is £100 more expensive. (There was no 64GB iPhone 7; the 7 gets a £50 price cut). And even the fans were disappointed that so little new had come to the iPhone 8: it had the same industrial design for the fourth year running, although it does get Qi charging, and the same camera, more or less.

Will the X have an appeal beyond oligarchs, expense account braggarts, and the fanbois? This time, I'm not so sure. ®