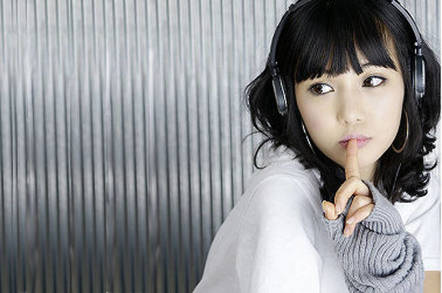 Apple pitches its Powerbeats headphones to the public with images of celebrated athletes and ad copy insisting that the devices are durable and sweat resistant.

But a handful of people who purchased Powerbeats insist their costly head clamps are defective junk, and they're suing Apple over false advertising and its alleged refusal to honor warranty commitments to repair or replace failed units.

A lawsuit [PDF] filed Tuesday in US District Court in Oakland, California, recounts the frustrations of five plaintiffs who found that Apple's Powerbeats 2 and Powerbeats 3 headphones did not perform as advertised.

The complaint seeks $5,000,000 in damages and class action certification, in order to represent thousands of similarly afflicted Beats customers who are alleged to exist.

"In widespread advertising and marketing campaigns, Apple touts that its costly Powerbeats (which retail for $199.95) are 'BUILT TO ENDURE' and are the 'BEST HEADPHONES FOR WORKING OUT'," the complaint says. "But these costly headphones are neither 'built to endure' nor 'sweat & water resistant,' and certainly do not have a battery that lasts for six or twelve hours. Instead, these shoddy headphones contain a design defect that causes the battery life to diminish and eventually stop retaining a charge."

The complaint attributes the shoddiness of Apple's Powerbeats headphones to cheap components. Citing an estimate in a recent Motley Fool article, the complaint contends that Apple's Beats Solo headphones cost $16.89 to make and retail for $199.95: a markup of more than 1,000 per cent.

That figure actually comes from a Medium post by Avery Louie, from hardware prototyping biz Bolt.

"Because Beats are cheaply constructed, despite the high price tag, they repeatedly break," the court filing says.

Not only do they break, but they have flawed batteries that tend to lose the ability to hold a charge... or so some say.

The lawsuit points to the Powerbeats 2 page on Apple's website, now archived for posterity, and cites a number of poor reviews posted there that gripe about the headphones.

"Of the 589 reviews, 379 gave the Powerbeats 2 a 1-star rating," the complaint says. "Many of those customers complain about the failure to hold a charge and battery defects."

"Apple continues to promote and market its faulty Powerbeats, and continues to profit handsomely from their sale," the complaint says. "In so doing, Apple has defrauded the public and cheated its consumers..."

During its Q3 2017 quarter, Apple reported revenue of $2.7bn in its Other Products category, which includes Beats headphones, among other things. That's up from $2.2bn a year earlier.