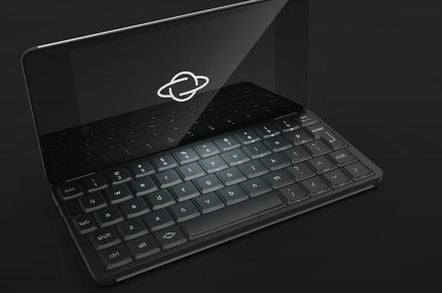 Psion founder David Potter has joined the company behind the Gemini project to re-create the classic Psion PDA.

Potter will act as Planet Computing's Honorary Chairman, and plans to invest in efforts to get the product off the ground.

Gemini uses new designs by Martin Riddiford of Therefore, the industrial designer for the Psion Series 3 and Series 5 computers. Gemini launched in March and has raised over $600,000 on Indiegogo.

We have the world's most extensive first hands on with new prototypes of the device here. (Warning: Pic heavy).

Originally a software company, Psion launched the first pocket organiser in the 1980s, but really became synonymous with the clamshell pocket QWERTY design after it introduced the Series 3 in 1991.

Psion withdrew from consumer PDAs in 2001, then planned an enterprise-focussed comeback for 2003, only to scupper it at the eleventh hour - this was the year that PDA sales peaked.

Potter attempted to resurrect the device category while chairman of Psion in 2009, but it failed to win board approval, and he left the company shortly afterwards.

Potter reflected on Psion in an interview here in 2007. ®