But holds out hope that self-driving cars, smart homes and VR can change that 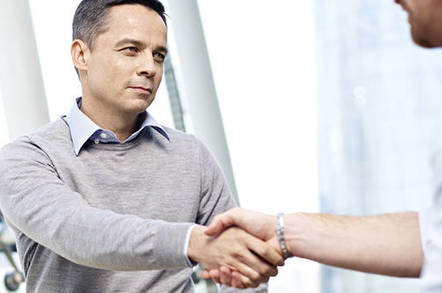 Mobile World Congress It may not be happy about it, but the mobile industry has begrudgingly accepted that tech giants Apple, Google and Facebook are driving its industry.

Just an hour before the launch of the new iPhone, director general of the Global System for Mobile Communications Association, Mats Granryd, took to the stage of the Mobile World Congress in San Francisco and acknowledged that the first iPhone had "forever changed the mobile phone market."

Granryd talked enthusiastically about the future of mobile networks: how 5G is going to change not just industry but society; how self-driving cars, smart homes and smart cities are going to radically alter how we live; how the "fourth industrial revolution" is going to "spread into every aspect of our lives," thanks to its "hundreds of billions of connections."

But then he paused. And, like a general reflecting on fallen comrades, turned to the past and what could have been. "Many leading players fell along the wayside," he reminisced, presumably thinking of mobile giants like Nokia and Blackberry. "The market has moved to walled gardens instead of open platforms," he said with more than a hint of sadness. "Take Apple, Facebook, Google..."

But all is not lost. The mobile industry can still see a return to its glorious past – and it believes it will come with new technology and new uses of vast connectivity.

In a report [PDF] released by the GSMA today, the organization argues that "innovation is shifting from smartphones to newer form factors" including smart watches, fitness trackers, smart homes and VR.

It also sees companies like SpaceX and Google providing the extra bandwidth to deal with the vast global comms network that the next generation of devices will need to work effectively. And it sees video being critical in a broader but more segmented market. 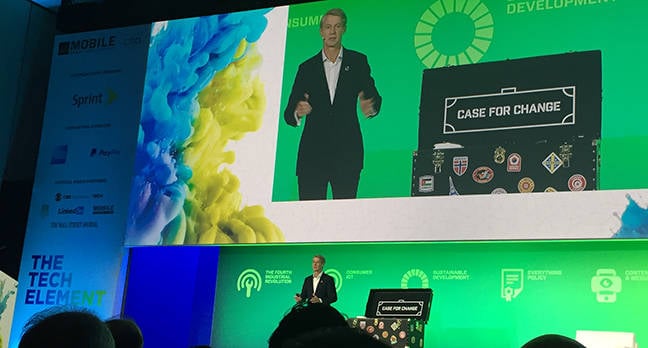 You can almost smell the hope coming from the once mighty and unassailable mobile industry: 5G will bring in dozens of new companies and reduce the influence of Apple and Facebook. Please god let it be true.

The message was given a boost by chair of America's comms watchdog the FCC, Ajit Pai, who gave his MWC keynote at the same time that Apple's Tim Cook took the stage 50 miles south.

Pai repeatedly referenced the iPhone, and in particular the fact that 10 years ago, almost to the day and in the same conference center, Steve Jobs first launched the iPhone.

But Pai, to his credit, stopped short of the sort of hagiography that Apple showers on Jobs at every opportunity and pointed out an inconvenient real-world fact: the first iPhone was not very successful. Why? Because it didn't have 3G and so was painfully limited in what it could do.

It was only when the iPhone 2 included the mobile industry-developed data standard that the phone took off. "Innovation in devices and networks is what changed the world," Pai noted.

Of course he glossed over the fact that Apple is where it is today thanks to the certainty that the mobile industry was incapable of seeing beyond its own, old, clunky phones and being truly innovative.

And you suspect the same is true today: the mobile industry is great – truly great – at getting voice and data through the air to devices. It's just not so good at figuring out how to make that useful or exciting to people. ®

Samsung Galaxy S8 will be a no-show at MWC, exec says

MWC The secure, self destructing mobe for heads of state... and big enterprises

When Samsung reveals the S9 at MWC, at least try to act surprised

Is there anything you don't already know?

Analysis Can Nokia and BlackBerry save us from this 'turgid sea of sameness'?

For telcos and enterprise vendors, MWC 2017 will be an Edge/Fog/SDN/NFV-fest