Cupertino's choice just about wraps it up for the Airfuel Alliance 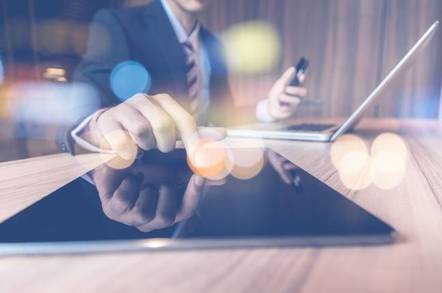 Apple's keynote may be good news for fans of its products, but it must have made grim listening for members of the Airfuel Alliance.

For nearly a decade there has been a standards war going on in the wireless power field, initially between three competing technologies but latterly two groups – the Airfuel Alliance and the Wireless Power Consortium with its Qi (pronounced "chee") system.

Computer manufacturers like Intel have tended to favor the Airfuel Alliance, while mobile phone manufacturers have been keener on WPC's Qi standard. Apple has been on the fence for a while but recently joined the WPC, and at today's iPhone jamboree Cupertino committed to bringing out Qi-enabled phones and its own industry-standard wireless charging pad.

"Today marks a pivotal day for wireless charging, and those that stand to benefit are consumers," Paul Golden, VP of market development for the WPC, told The Register.

"With Apple's announcement to include Qi wireless charging in the iPhone 8, iPhone 8 Plus and iPhone X, we expect to see rapid acceleration in consumer adoption and an increase in category innovation. We're closer to the day of ubiquitous access to wireless charging, giving people a convenient, always-charged experience."

Apple has actually been using Qi for quite some time in the wireless charging pad for its Watch line. But it tweeked the standard so that only Apple hardware could use the charging station and also so that it could charge a lot for the hardware.

Now Apple users can use their existing wireless charging stations because Cupertino has decided to play along with the rest of the industry. Apple's enormous reach in the mobile market means that the WPC has a powerful ally; it looks like it's curtains for the Airfuel Alliance.

Not that the Alliance has been having much luck. It only has about 10 per cent of wireless charging devices under its banner and has had few new takers. By contrast, the WPC is still signing up new members, has over 90 mobile devices using the technology and 80 different models of car.

While wireless power transfer has been around for over a century, it's only in the last decade that it's become relatively commonplace. The standards war has delayed its widespread introduction, but with Tim Cook enthusing about the WPC it looks likely that the war is all but done – it's only left to bayonet the wounded. ®