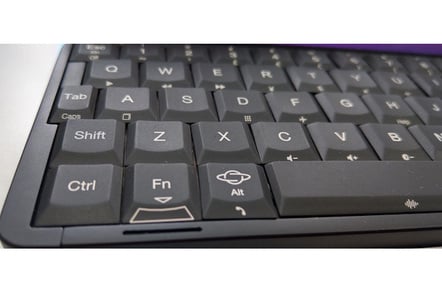 World Exclusive Last week Gemini, the venture that re-invents the Psion 5 design for the 21st century, took delivery of pre-production units. Planet Computing invited us to see how the project is progressing.

Since the final Psion pocket computer design (the Revo) appeared 18 years ago, the device category has died; there's nothing with a touch typing QWERTY that comfortably fits in an inside jacket pocket.

While technology produces modern wonders, this particular form factor has been shunned. Planet Computing teamed up with the original Psion industrial designer Martin Riddiford to create a new clamshell case and a new keyboard, launching on Indiegogo in March. That campaign raised $680,218 or almost three times the target.

Gemini certainly looks the part: it's uncanny how close it is to the Psion Series 5MX keyboard and ethos, but in a much slimmer housing than the original (135mm vs 220mm). And obviously it's much more powerful: even at this stage I used Gemini for Skype and live video streaming from YouTube. There's lots of work to do on the software front giving it a unique launcher at this stage: the team is using Debian and AOSP Android, although it says it's talked to Google and doesn't expect any problems with giving owners an Android with the full Google Play services.

Before we get into detail, Planet Computing stressed these are "pre production" prototypes and the keyboard isn't working yet, although we could inspect the mechanism. The clamshell device also had to stay open. The idea is to use these designs to specify tooling, then ramp up the first production runs in October or November. But Planet Computing's Janko Mrsic-Flogel said the project needed to get the hardware right.

Let's have a look at the outsides and the guts of the new machine. 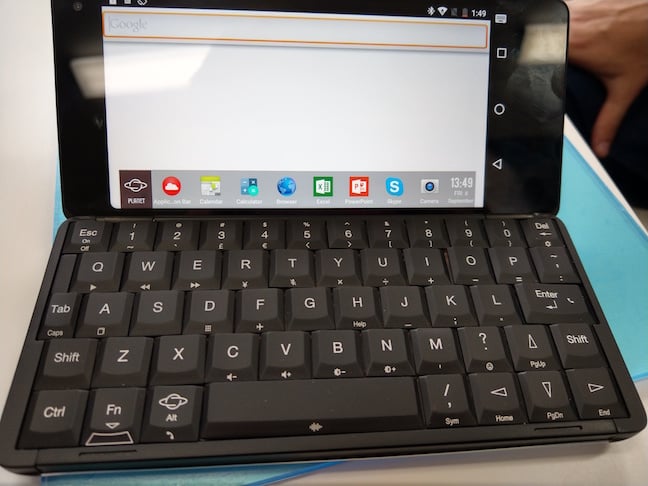 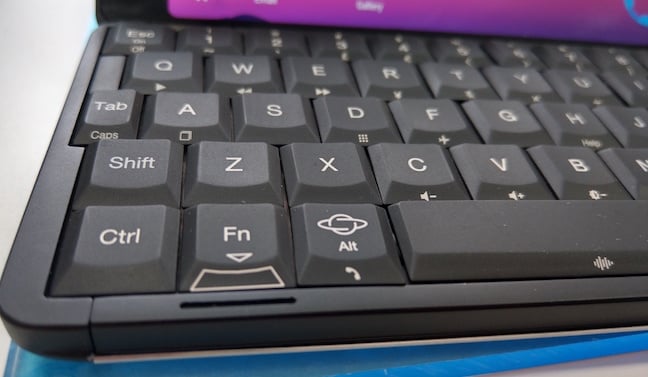 Magnets depress the keys when the case closes. When open, the keys have plenty of travel 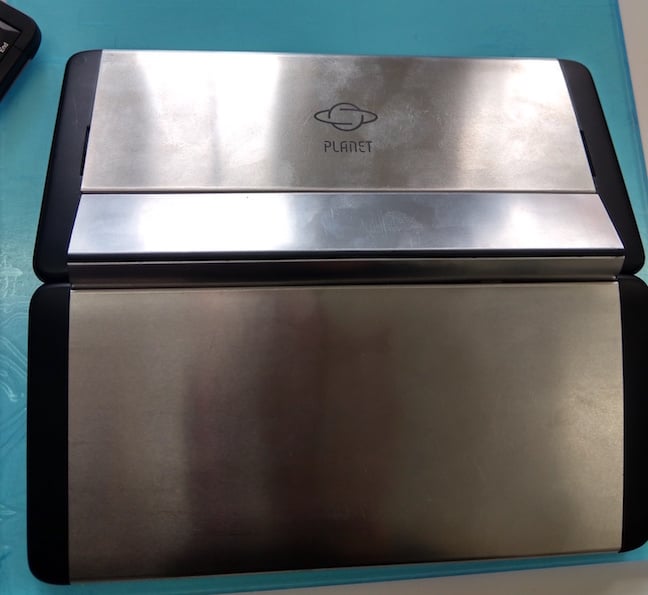 The back of the Gemini 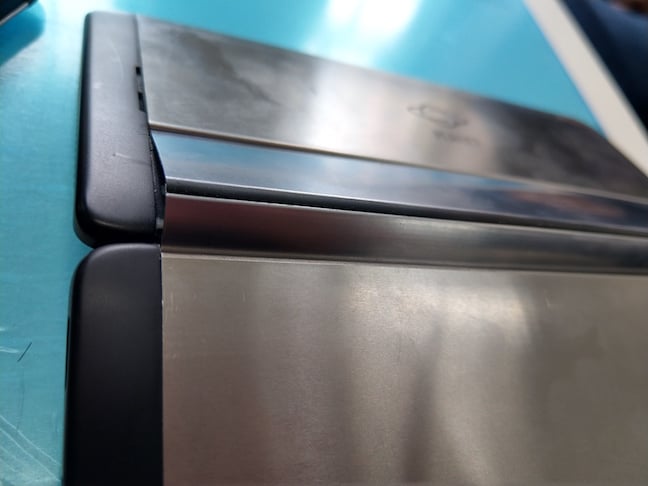 A closeup of the Gemini hinge. The hinge folds out to ensure it's really stable when on a flat surface (it is)

The two big Riddiford design contributions are the new hinge and the new keyboard. The hinge is simplicity itself: it folds out to expand the footprint of the machine. It does leave an odd looking air gap, though. The keyboard on this prototype lacked the membrane needed for a good workout: it shouldn't work at all, actually, but a definitive conclusion wasn't possible yet. But Riddiford's track record in delivering mechanical QWERTY keyboards - in both the Psion Series 3 and Series 5 - gives some confidence.

The keyboard doesn't slide out like that of the Series 5, but it has got its own Riddiford conjuring trick: the keys raise from a depressed position when the clamshell is opened, thanks to magnets. It's actually so subtle I didn't notice it at first.

You'll see from the photos that it's uncannily close to the Series 5, but with a few additional modifiers. The "Planet" key doesn't do a lot in Android, but it is fairly mandatory in Linux. Note the call and end call alt-key options, and the emoji.

Global shortcuts in Android include Fn-D for desktop, Fn-A for the apps switcher, Fn-Del to invoke settings, and Fn-F for flight mode. You can also control audio playback and volume using the Fn key. Neat.

The good news is that the machine has got an upgrade since the Indiegogo announcement: it will use Mediatek's Helio X27 10-core (2+4+4) SoC, rather than the Helio X25 from 2015. The newer chipset has better power consumption.

The Gemini blasts out stereo audio and can already stream over Bluetooth to remote speakers. There's a front facing camera that worked for Skype calls. Mrsic-Flogel told me that Indiegogo supporters were fairly evenly split on whether Gemini should include a rear facing camera. So the team has left a slot on the motherboard for a camera module and will sell it remotely. It should be five minutes work to pop off the back and install it, the team says.

The side button doubles up as a voice controller. The goal is to marry this to Google's voice assistant, so you'll be able to control the device without taking it (too far) out of your pocket, the team hopes.

The Gemini will also have rubber feet to secure it. Embedded in the hinge are five programmable LEDs - more on that later.

Next page: On to the software
Page:
Tips and corrections
165 Comments

Gemini goes back to the '90s with Agenda, Data and mulls next steps

We wanted a camera, they gave us the eye of Gemini – and an eSIM

How's this for a stocking filler next year? El Reg catches up with Gemini

Exclusive And the Archangel appeared and said: 'Pssst, someone's making a new Psion'