Hi Amazon, Google, Apple we might tax you on revenue rather than profit – love, Europe 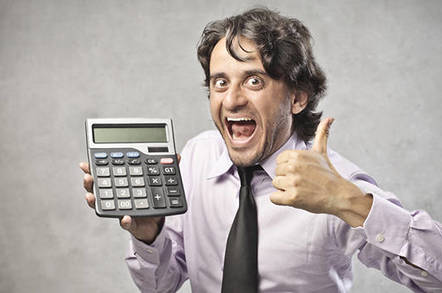 Fed up with how Amazon, Google and other American digital giants pay tiny amounts in tax, European ministers are proposing a big change: tax based on revenues rather than profits.

A joint letter – signed by the finance ministers of France, Germany, Italy and Spain, Europe's largest economies – is forthright, stating: "We should no longer accept that these companies do business in Europe while paying minimal amounts of tax to our treasuries," according to the Financial Times.

The letter will be presented to all 28 of the European Union's finance ministers at the end of the week and will argue for an "equalization tax" based on revenue, rather than on profits, in order to bring digital giants' corporate tax levels up to the typical levels paid by other businesses in each country.

The goal is to create an EU-wide plan, which would give the digital giants little option but to comply with it. But in order to achieve that, there would need to be unanimous agreement across all member states – something that might be difficult to achieve since both Ireland and Luxembourg use their low tax rates to attract business.

The agenda for the meeting in Tallinn, Estonia, apparently includes a discussion on "permanent establishment" that will revisit how Europe considers a company's tax status – stepping away from the current system of a company having just one country as a tax residence.

For years, US tech companies have used creative accounting and tax incentives offered by Ireland to pay tiny amounts of tax across Europe, infuriating finance ministers and even the Bank of England, whose governor complained in 2015 that technology companies were among the worst offenders for tax avoidance.

France in particular is incensed at the tiny amount of tax revenues it receives, especially given the size of its economy and the billions of dollars that the companies make from French citizens.

France has the highest corporate tax rates in Europe, so the digital giants go out of their way not to record profit in the country, shifting revenues to subsidiaries in other countries. In 2015, Google paid just €6.7m ($8m) in corporate tax to France.

The French government was further infuriated when, following a six-year legal battle, Google escaped a massive €1.12bn ($1.28bn) tax bill this July after an administrative court in Paris decided that Google's presence in the country was not sufficient for the fine to be held against the company.

Google has 700 employees in France, but no permanent office, and French advertising contracts are sold through Google Ireland. The court decided that Google France did not have the people or technological ability to handle the advertising itself, and so was not delivering them autonomously.

But perhaps the biggest tax battle is the tussle between the European Union and Apple: the EU has ordered the tech company to pay a whopping €13bn ($15.5bn) in back taxes, arguing that the company received illegal tax benefits from Ireland – a decision that both Apple and the Irish government are currently fighting.

French finance minister Bruno Le Maire will reportedly propose a turnover tax of between two and five per cent. ®