Boffins fear we might be running out of ideas

Research just isn't as effective as it used to be 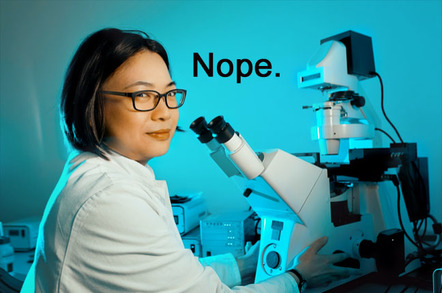 Innovation, fetishized by Silicon Valley companies and celebrated by business boosters, no longer provides the economic jolt it once did.

In order to maintain Moore's Law – by which transistor density doubles every two years or so – it now takes 18 times as many scientists as it did in the 1970s.

That means each researcher's output today is 18 times less effective in terms of generating economic value than it was several decades ago.

On an annual basis, research productivity is declining at a rate of about 6.8 per cent per year in the semiconductor industry. In other words, we're running out of ideas. That's the conclusion of economic researchers from Stanford University and the Massachusetts Institute of Technology.

In a paper published Monday through the National Bureau of Economic Research, "Are Ideas Getting Harder to Find?", economics professors Nicholas Bloom, Charles Jones, and John Van Reenen, and PhD candidate Michael Webb, defy Betteridge's Law of Headlines by concluding that an idea drought has indeed taken hold.

"Across a broad range of case studies ... we find that ideas – and in particular the exponential growth they imply – are getting harder and harder to find," the authors declare in their paper.

The boffins observe that exponential growth is getting harder to achieve because we have to double our research efforts every 13 years in order to maintain constant expansion.

This applies beyond the semiconductor industry. The authors found that research productivity for agricultural crop yields are declining at a rate of about 5 per cent annually, and noted a comparable rate of decline in the mortality improvements associated with cancer and heart disease.

They also examined data on corporate research and development from Compustat, a firm that tracks business data, and found that research productivity, while variable across companies, declines at an average rate of about 10 per cent per year.

And for the US economy as a whole, they claim research productivity since the 1930s has decreased on average 5 per cent every year.

The growing scarcity of ideas means more and more resources have to be put into research to maintain economic growth. "Just to sustain constant growth in GDP per person, the US must double the amount of research effort searching for new ideas every 13 years to offset the increased difficulty of finding new ideas," the researchers observe.

But overall, they argue, their research supports the theory that investment in people, research, and innovation drives economic advancement by showing that ideas are nonrival: They can be used without being depleted, unlike many other kinds of resources.

The sharing of ideas and the expansion of research efforts appear to be essential to counterbalance declining research productivity, in order to maintain constant economic growth.

The authors' work does not address how any of this economic growth gets distributed. A report published earlier this year by Oxfam found that eight men control as much wealth as the poorest 3.6 billion people in the world. ®