Any point turning up? Not now 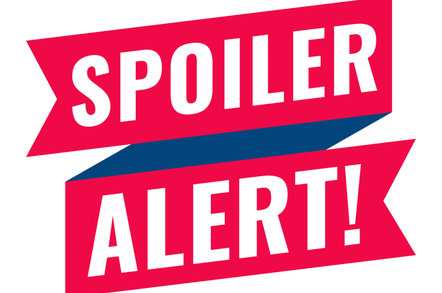 Apple apparently deploys resources comparable to the security apparatus of a repressive Cold War Balkan state to try to prevent leaks. To very little effect. And with magnificent irony, it seems to have itself to blame for the biggest leak of all.

On Friday, several news outlets received a drop of what appeared to be a late beta of iOS 11 – the new version of the operating system that will power the new devices – and the code discloses many of the "unique" features Apple was hoping to reveal to an astonished audience at tomorrow's 10th anniversary iPhone event.

First up is the name of the new flagship: "iPhone X". This model crams in features familiar from rivals for years but new to Apple, and is expected to retail at over $1,000. More more modest "7S" iterations of the two current models are also expected.

If you own a Samsung Galaxy S8, you're going to be having deja vu. The OLED premier iPhone will ditch the home button for a full screen display with new gestures for returning to the home screen, and switching between apps. Apple is plumping for the same 18.5:9 aspect ratio as its rivals, with a resolution of 1125 x 2436 pixels.

FaceID is the name of the facial recognition software, although Apple-watchers are premature in predicting that touch ID has been banished; Sony has integrated a fingerprint reader into the power button successfully for a couple of years now. Apple analyst at KGI Securities Ming-Chi Kuo has published details 3D face recognition sensors he predicts will be included in the new device.

The beta code refers to a six core processor. Those of you with semiconductor expertise will know at once that this is two more than the four-core processor used in the current iPhone's A10 Fusion chips.

Strings in the GM confirm the belated inclusion wireless charging, something introduced by Nokia five years ago. (Apple's wireless charging is tipped to be incompatible with that - of course). As recent photo leaks suggest, the display is likely to feature a cut-out at the top.

Using face recognition instead of fingerprint recognition is not trivial, as Microsoft found when it put a public alpha into its Lumia phones in late 2015. The hardware needs 3D sensors so you can't fool it with a picture (as you can with the Galaxy). The Lumia phones were constantly scanning for a face, running down the battery. Fingerprints work currently so well it isn't something that needs reinventing, and looks like a stop-gap until under-glass sensors work reliably.

But that pales into insignificance compared to the biggest reveal of all: confirmation that Apple has redrawn the poo emoji, which will now be animated.