Everyone loves programming in Python! You disagree? But it's the fastest growing, says Stack Overflow 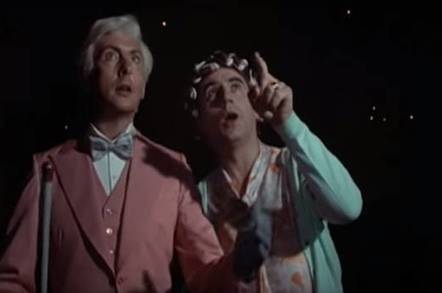 "June 2017 was the first month that Python was the most visited tag on Stack Overflow within high-income nations," said David Robinson, a data scientist at Stack Overflow, in a blog post. "This is especially impressive because in 2012, it was less visited than any of the other 5 languages, and has grown by 2.5-fold in that time."

Python also happens to be the fastest growing programming language in low-income nations, though in such places it was less popular in 2012 than alternatives and didn't start to grow rapidly until 2014.

Robinson acknowledges that interest in some programming languages tends to be seasonal. He points to Java, which is often taught in undergraduate programming courses and thus tends to rise when schools are in session and fall during summer break.

That may be the case, though there's some movement away from Java, at least at Stanford University.

Another explanation, suggested recently to The Register, is that the Python version schism, between Python 2 and Python 3, is now more or less resolved.

And we would be remiss not to credit, at least in part, the rich set of machine learning and data science libraries and frameworks available to Python coders.

"With a 27 per cent year-over-year growth rate, Python stands alone as a tag that is both large and growing rapidly; the next-largest tag that shows similar growth is R," said Robinson.

Like Python, R is also well-suited to machine learning and data science applications.

Robinson predicts Python will continue to top the growth stats in 2018 and he stresses that these stats should not be construed as commentary on language quality or appropriateness for a given task.

Interestingly, TypeScript, a superset of JavaScript developed by Microsoft, is also seeing significant growth in terms of Stack Overflow visits. TypeScript can be used to write Node.js applications, and is preferred for the popular Angular framework. ®