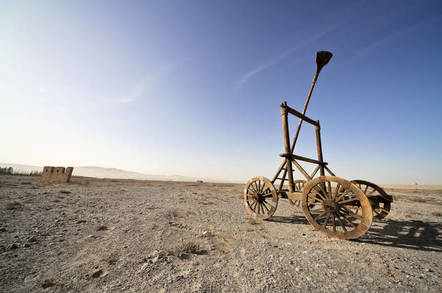 Huawei is delivering an enterprise storage service in its public cloud to which enterprises can transfer mission-critical apps from on-premises without changing their applications or processes at all.

It argues that existing public cloud storage services are bare bones in style and don't provide enterprise-class storage services with service-level agreements, reliability and mission-critical application data access properties. Instead, and because of this, the public cloud is typically used for secondary data storage and not primary data storage.

Businesses could build an enterprise-class storage service from a public cloud supplier's components but it would be difficult and time-consuming.

By starting up its own public cloud and equipping its data centres with its own storage arrays, the same ones its enterprise customers use in their data centres, Huawei has been able to develop what it calls DESS, a Dedicated Enterprise Storage Service, in its public cloud, with a so-called data-on-demand model. That's why it says customers can transfer their private cloud, on-premises apps straightforwardly to its public cloud. They run there in the same way as they run on-premises.

Huawei says that DESS benefits include:

If a customer decides to use DESS and run their mission-critical applications in the Huawei Cloud then how is the data moved from its on-premises base to the Huawei cloud? There could be quite a large amount of such source data.

A Huawei spokserson said it provides three ways to migrate the data:

Once applications in the cloud have processed the data there, does it need synchronising with the source data back on-premises? How would this be done?

Huawei's spokesperson said: "No, you don't need to synchronise the data back to on-premises. It's migration, but not disaster recovery. After migrating the applications to cloud, the application will be running on the cloud independently."

Outside China DESS will be among services Huawei will offer its cloud alliance partners, such as DT, Orange and Telefónica. It is up to them whether they take it and how they offer it to their customers.

DESS is part of Huawei's storage-as-a-service (STaaS) offering, which includes treating the public cloud as a less expensive place to park backup data than on-premises storage arrays or tape libraries. The Huawei public cloud can also function as a storage tier for cool data in general. In this case it uses object storage offering up to eleven nines reliability. ®