Judge mulls whether to dismiss suit after ITC ruling 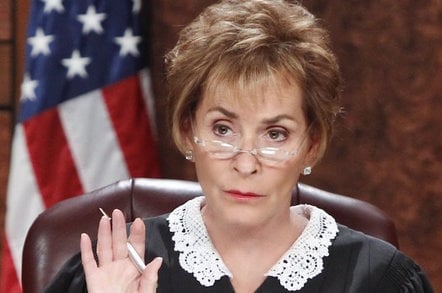 Arista Networks has called its long-running patent dispute with Cisco "breathtakingly broad, unprecedented and insane" in a hearing regarding an antitrust suit against Switchzilla.

In the latest exchange between the companies in court this week, Arista's counsel Matthew Douglas Powers said Cisco's patents only apply to specific parts of Arista's switches and doesn't prohibit Arista from selling Ethernet switch products altogether, according to Law360.

In May, the US International Trade Commission upheld a judgement that Arista Networks infringed two Cisco Systems patents on networking equipment.

Consequently, the federal agency called for an import ban and a cease-and-desist order on related products. At the time Arista claimed Cisco's litigation was part of a broader effort "to preserve its market position at the expense of competition and innovation".

Cisco's counsel, John Desmarais, said the ITC ruling blocks Arista from bringing its antitrust claims and described the firm's suit as a "knee-jerk reaction" to Cisco's patent dispute with the firm.

The judge did not rule on the motion to dismiss Arista's antitrust suit, but said she was persuaded by Cisco's argument and would read the ITC's cease-and-desist order closely to see if Arista was barred altogether from selling switches in the US.

In April, Arista was cleared by Customs and Border Protection to start shipping modified products to the US again under a separate patent dispute. ®