Android 8.0 bug runs internet traffic over LTE rather than Wi-Fi 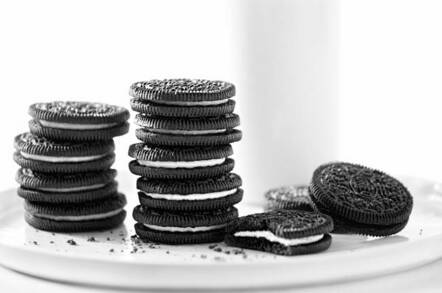 The latest version of Android, version 8.0 aka Oreo, contains an unfortunate bug that causes phones to burn through their monthly mobile data allowances.

Since installing the operating system update, folks' devices have been forgoing Wi-Fi connections and using wireless broadband for all data transfers. This, as a result, has left many punters in danger of going over their monthly data limits or, if on an unlimited plan, having their speeds throttled for heavy use.

The Register understands from people familiar with the programming cockup that Google engineers are working on a fix for the issue.

According to posts to the Android reddit community, people have been able to get around the bug by turning off the "cellular data always active" setting under the developer option menu in Oreo's network settings menu.

Still, peeps within the community are not pleased with the bug.

"This may be an unpopular opinion but I really wish Google would look over these updates more thoroughly. This is a huge issue, not sure how they missed this before releasing Oreo," wrote one Redditor. "It's like teachers telling you to proof read something before submitting it. Now a whole bunch of people have probably used up all their data and some more which comes with extra fees."

"That might explain why I have 6gb of data usage 2/3 of the way through my cycle," wrote another. "That's pretty bad on Google's part. They're directly ruining people's bills."

Word of the bug comes just over the two week mark of Oreo's general availability. Google released the new Android flavor to its Pixel and Nexus hardware lines, other device makers are set to push the upgrade out to their devices over the remainder of the year.

Among the new features Google touts for Android are improved power consumption and better management of Wi-Fi devices, two things that are more or less thwarted by a bug that makes handsets default to LTE data.

Google has not said when a fix for the issue could be released. ®