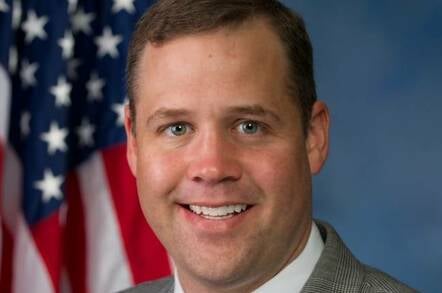 President Donald Trump this month nominated US House Rep James Bridenstine (R-OK) to be the next NASA administrator.

America's space agency has been without a top boss since Charles Bolden resigned on January 20, and the organization has had to deal with proposed major cuts to its funding since then. While Bridenstine is a strong proponent of space technology, he does have a problem with one part of NASA's remit – keeping an eye on climate change.

Part of the space agency's duties is scrutinizing the Earth's climate to work out how and why it is changing. While Bridenstine has introduced legislation to improve the use of satellites for weather prediction, he's firmly on the skeptical side of the climate change debate, as he said in 2013 when he called on then-President Obama to apologize for funding climate science.

In other words, our planet's temperature changes are linked to the Sun and the seas, and not necessarily manmade, in Bridenstine's mind. He doesn't outright deny climate change is happening, just that it may not be the fault of our fossil-fuel mania, air travel, and so on. Meanwhile, on NASA's own website you can find data showing human civilization has likely had a profound effect on our world's climate.

And as for global temperatures no longer rising, the US government's National Oceanic and Atmospheric Administration published a paper in 2015 revealing there was and is no hiatus. Our climate is changing, requiring tough political and business decisions on future energy sources and conservation, and now one of the hands on the steering wheel is blaming the Sun.

One ray of light is that, after we're done wrecking this planet, Bridenstine is a strong proponent of getting out of Earth's gravity well and getting stuff done in space. He cosponsored the American Space Renaissance Act [PDF], which calls for minimal regulations on commercial space companies, more funding for NASA exploration missions, and for the military to have a stake in securing space.

To the moon, Alice

He's also a big proponent of a manned mission to the Moon and for the US to help set up a system for exploiting the satellite's resources. He points out that we have found water on the Moon and that there may be valuable materials there that could benefit the US.

"The US government should play a part in developing the tools for lunar energy resource development, cislunar satellite servicing, and maintenance," he wrote in a blog post. "The US government must work to retire risk, make the operations routine, and once again empower commercial companies. This has already worked to an extent in low Earth orbit, and now we should apply this model to cislunar space."

He's also a proponent of Mars exploration, something that fits in with NASA's long-term plans. He sees the massively expensive Space Launch System as a good step towards this goal.

Bridenstine may not face an easy ride in confirmation hearings, however. The two senators for NASA's home state of Florida – Marco Rubio (R-FL) and Bill Nelson (D-FL) – have indicated that they don't want to see a politician put in charge of NASA, preferring for a scientist to take the job instead.

"The head of NASA ought to be a space professional, not a politician," Nelson told Politico.

Bridenstine does have an aeronautical background. A former naval aviator, he flew E-2 Hawkeye radar aircraft and the F-18 Hornet fighter before getting into politics. ®