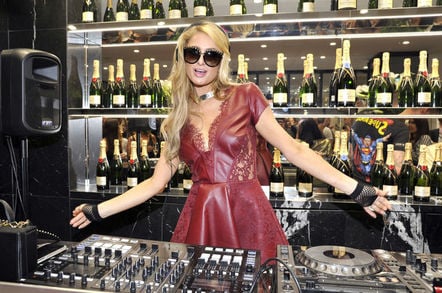 Just in case we were in any doubt that we were in a crypto bubble, Paris Hilton has announced she will back an Initial Coin Offering venture.

On Sunday, the famous "heir-head" tweeted she was participating in the upcoming "LydianCoin" ICO.

In the much-hyped cryptocurrency startup market, ICOs allow startups to to bypass the regulated capital-raising process required by venture capitalists or banks, with a percentage of the cryptocurrency sold to early backers of the project in exchange for legal tender or other cryptocurrencies, such as Bitcoin.

Lydian tokens are intended to allow people to buy advertising campaigns through its parent company, Gravity4, which describes itself as "a leading big data marketing cloud". It hopes to raise $100m through the sale of Lydian tokens.

The firm's chairman and chief executive, Gurbaksh Chahal, had previously pleaded guilty in 2014 to misdemeanour battery charges of domestic violence.

Chahal returned as CEO of Gravity4 in September last year after he was forced to relinquish control when his probation was revoked in the domestic violence case.

By sheer coincidence, China has today banned ICOs, saying they have "seriously disrupted the economic and financial order" and constituted "illegal fundraising".

Surely the decision by the Politburo this morning was nothing to do with Paris's announcement last night... ®