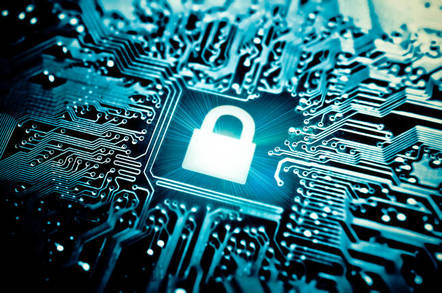 The UK’s “independent reviewer of terrorism legislation” appears to have gone rogue, saying that encryption should be withheld from people who don’t verify their identities on social media.

Max Hill QC is supposedly the reviewer of government laws designed to stop terrorists. His latest statement, carried in tonight’s London Evening Standard, appears to be strongly echoing the views of the very government he is supposed to be scrutinising and holding to account.

“A discussion I have had with some of the tech companies is whether it is possible to withhold encryption pending positive identification of the internet user,” Hill was reported as telling the paper’s home affairs correspondent, Martin Evans.

“If the technology would permit that sort of perusal, identification and verification, prior to posting that would form a very good solution… and would not involve wholesale infringement on free speech use of the internet,” added the lawyer.

Hill’s words are concerningly close to those of Home Secretary Amber Rudd, who recently argued that “real people” [sic] actively want State snoopers to peer into their private lives.

The Independent Reviewer of Terrorism Legislation (IRTL) is supposed to act as a check and balance on the government, reporting to Parliament on how anti-terror laws are used in practice and how they affect both their intended targets and the wider population. On the IRTL’s website it even states: “The uniqueness of the role lies in its complete independence from government”.

Hill’s interview with the Standard will raise serious and far-reaching questions about his claimed independence from government, particularly as it leans heavily on the tech sector to fall into line and do as British ministers want.

The Investigatory Powers Act, better known by the moniker “the Snoopers’ Charter”, allows the British government to demand that technology companies break their encryption by introducing a backdoor to permit snooping on users of services such as social media and chat apps.

While sensible people accept and understand that to introduce a crypto backdoor for one is to introduce a backdoor for all, the British government has consistently done the equivalent of shouting “LA LA LA I CAN’T HEAR YOU” every time this is pointed out.

Rohan Silva, a one-time advisor to former prime minister David Cameron, was torn a new one by information security experts when he suggested that end-to-end crypto could somehow be selectively broken for those who see themselves as the good guys.