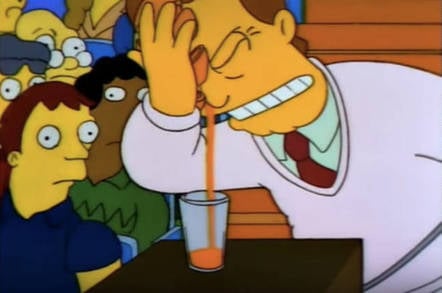 Executives announced that the company would be suspending sales of its juicers and "produce packs" and looking to sell what's left of its business to a larger chain.

This after Juicero said in July that it was cutting staff and looking at ways to drop the price of its $399 juice-extractor (originally $699) and $7 juice packs to a more affordable level. Now, just six weeks into that effort, execs have decided there's no hope for a turnaround.

"During this process, it became clear that creating an effective manufacturing and distribution system for a nationwide customer base requires infrastructure that we cannot achieve on our own as a standalone business," Juicero said in announcing the shutdown.

"We are confident that to truly have the long-term impact we want to make, we need to focus on finding an acquirer with an existing national fresh food supply chain who can carry forward the Juicero mission."

Juicero says that it will be offering full refunds for the next 90 days to anyone who dropped the $400 on a juicer. You will have to contact Juicero by December 1 to claim the refund. Juice pack deliveries will end next week.

Once a darling of the silly money Silicon Valley VC set, Juicero at its peak brought in $120m of venture backing and had been presented as a sort of Keurig machine for the organic juice crowd.

The fawning early reports on the company took a different turn in April of this year, when disgruntled investors let slip that the whole contraption was just a more expensive way of squeezing juice from a plastic bag.

Though Juicero execs initially defended their company and business plan, fallout from the episode would prove to be the company's undoing. Now, execs will be focused on trying to soften the landing for employees and finding a buyer to take over whatever will be left of the company. ®