After Lenovo leaks the details 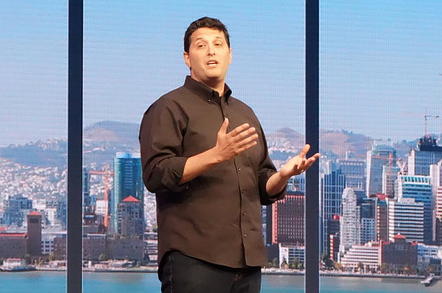 Microsoft has used the IFA conference in Berlin to announce the next big update for Windows 10 users – the Fall Creators Update will be released on October 17.

Redmond has been ramping up the fast-track developer builds of the update over the past few weeks, largely ironing out bugs, and it now looks as though they feel it's ready to go. Terry Myerson, head of the Windows group at Microsoft, promised that this fourth update to Windows 10 would be the best yet.

"With the Fall Creators Update we are introducing some fun new ways to get creative," he enthused.

"As part of the update we will deliver an evolution to the photos experience that will let you tell your story like never before using photos, videos, and 3D effects; enhancements in gaming, security, and accessibility; and immersive new experiences made possible by Windows Mixed Reality."

When you look at what's coming in the new code, however, it appears that the update is more of an incremental addition rather than anything really game-changing, albeit with a few caveats. Windows Defender gets an upgrade, as does the Photos app, and there's better support for getting OneDrive files on the fly.

Myerson said those dealing with Lou Gehrig's disease would welcome the update, as might other physically challenged Windows users, because Microsoft has included Eye Control. That allows eye controllers to replace mouse and keyboard.

But the big additions are gaming and mixed reality – check out our review here. The update will allow PC gamers to set the computer to max out the processor for smoother gameplay, and there'll be a bunch of new games as well.

The Update will also include support for mixed reality, both from headsets and on the PC. Manufacturers are bringing out AR headsets that don't require the setting up of special cameras and sensors around a room, and manufacturers like Dell, Acer, HP and Lenovo will sell the hardware.

Speaking of Lenovo, its PR team isn't popular with Microsoft at the moment, after they managed to put out a release with the Update launch date ahead of Myerson's announcement. The release got pulled quickly, but by then the news was out. ®