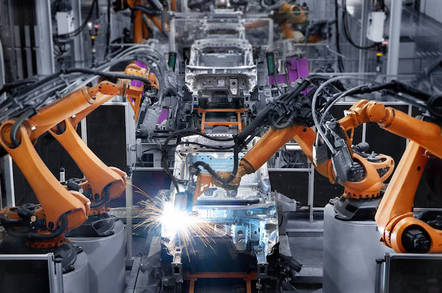 Electric carmaker Tesla has been hit with an official complaint from the US National Labor Relations Board following allegations from a number of employees that it was illegally blocking union activities.

On Thursday, no fewer than five cases against the company were moved forward and the NLRB sent an official complaint to Tesla.

The details of the new and amended complaints have not yet been published, but the original complaints [PDF] by three workers and their union detail several things, including:

The complaints allege that the result of Tesla's anti-union efforts is that workers are unable to report safety concerns, and they face harassment if they try to unionize workers in order to get better work conditions.

In its usual inimitable fashion, Tesla has not only denied the charges, but also alleged bad faith and a vague conspiracy.

The company claims that the complaints were filed "only to generate headlines," and put out a statement criticizing the United Auto Workers union.

"Faced with declining membership, an overwhelming loss at a Nissan plant earlier this month, corruption charges that were recently leveled against union leaders who misused UAW funds, and failure to gain traction with our employees, it's no surprise the union is feeling pressured to continue its publicity campaign against Tesla," it spat.

The UAW did indeed fail to establish a union at a Nissan plant in Mississippi earlier this month, when more than 60 per cent of workers there rejected a plan to unionize, despite a years-long effort by the UAW.

The campaign was complex and multi-sided but ultimately, even though unionized workers earn a few dollars more per hour, Nissan workers were swayed by the additional benefits that the company offers (paid time off and retirement plans), the fact that it has invested heavily in an impoverished region, and a warning that they could lose their jobs if they decided to strike.

They also frequently referenced the same scandal that Tesla pointed to: the indictment of the former union head at Fiat Chrysler in July for allegedly embezzling millions of dollars from the union.

Alphons Iacobelli used the funds to buy himself extravagant gifts including a $350,000 Ferrari 458 Spider, two gold $35,000 Montblanc pens, and a new swimming pool and kitchen for his home, according to the US attorney's office for the Eastern District of Michigan.

Earlier this week, another senior union official, Virdell King, pled guilty to purchasing $40,000 worth of designer shoes, clothing, jewelry and other personal items, having been encouraged by Iacobelli to use union credit cards to buy items they wanted.

Of course, none of that precludes that Tesla may be illegally preventing its workers from sharing information about possibly unionizing. But at the same time, it's not exactly a great sales pitch: join our union so the boss can buy himself a new Ferrari.

An initial hearing date of November 14 has been set. ®