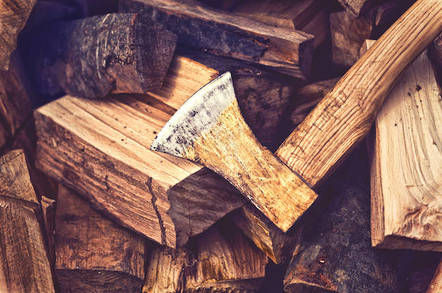 Oracle is laying off staff in its hardware division, The Register has learned.

Current and soon-to-be former staffers have whispered online and to El Reg that the database giant has shipped packages containing paperwork ending their employment. The workers learned of this by receiving alerts from FedEx that the parcels, which need to be signed for, are en route for a September 1 delivery. In other words, staff learned of their imminent demise via Fedex messages.

"One of my co-workers emailed that he received a notification from FedEx of a label created by Oracle America, Inc," wrote one anonymous employee.

"I just checked and a label has been created for my home address. This is in the US. Looks like Friday is it for Sparc MicroElectronics."

Oracle declined to comment. That's not surprising: Big Red has in the past been... how do we say this... difficult to pin down in regards to its staff reductions.

At the same time, Oracle has been shifting its focus to cloud services and software platforms, pitching its customers on migration plans that would see their on-premises systems move to hybrid and public cloud deployments.

Much of the hardware unit was brought onboard in 2010, when Oracle acquired Sun Microsystems. It is widely believed that the Sparc server line was an afterthought to Oracle. The Solaris server platform was conspicuously absent from Oracle's roadmap plans.

House Larry has maintained that it still very much cares about the hardware and server lines, and back in July a post from an Oracle engineer seemed to suggest that a new Sparc processor was in the works.

That project could be in doubt if these reports of widespread layoffs in Oracle hardware prove true – though with its massive investments in cloud compute data centers and the custom servers that power them, Hurd n' Katz will still have plenty of use for at least some of the hardware business. ®