L-ion kings to cough up profits – it's the circuit, er, circle of life 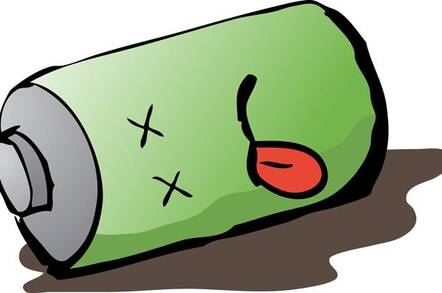 Three battery manufacturers agreed to settle a lawsuit that claimed they conspired to fix the price of lithium-ion battery cells for more than a decade.

LG, Hitachi, and NEC will join Sony (who previously settled) in a deal to pay out $64.65m [PDF] to Americans who purchased any device containing one of their cylindrical li‑ion battery cells.

The cells were sold between January 1, 2000 and May 31, 2011 and were used in everything from laptop PCs to video cameras and power tools.

The class-action suit had accused the four suppliers of meeting in 1999 and agreeing to work together to inflate the price of the L‑ion battery cells they manufactured and sold to OEMs.

For more than a decade, it was argued, the companies had regular meetings and communications where they decided on the set price they would charge for battery cells and packs. This, in turn, allowed them to avoid competing with one another on prices and make a premium on the hardware they did sell.

The complaint, led by named plaintiff Flextronics International, alleges that the battery makers netted $367,192,699 in ill-gotten profits from their conspiracy. The $64.65m payout in the settlement amounts to just 17 per cent of the total alleged damages.

In agreeing to take less than a fifth of their claimed damages, lawyers for the plaintiffs said that the settlement package would still be better than playing out the long, messy process of an extended lawsuit against four of the largest electronics suppliers in the world.

"The Settlements alleviate certain risks inherent in litigation, while also providing cash to the Settlement Class, valuable cooperation to Class Counsel as they continue to pursue claims against the other Defendants, and the potential for Class Counsel to recoup certain out-of-pocket expenses incurred so far in this litigation," they write.