US government: We can jail you indefinitely for not decrypting your data 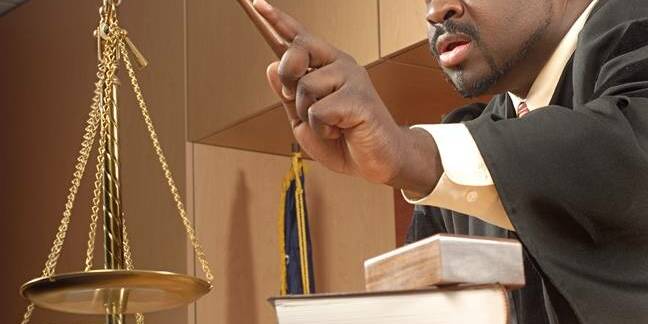 The US government is fighting to keep a former police officer in prison because he claims not to be able to remember the code to decrypt two hard drives under investigation.

Francis Rawls, a former sergeant in the Philadelphia police department, has spent nearly two years in prison for contempt of court after refusing to provide the passcode for two hard drives that were taken from his house in 2015 during an investigation into child abuse images.

Rawls claims he can't remember the passcode for the two drives, encrypted using Apple's FileVault system. The government says that he's stalling because he fears that the contents could see him in serious trouble with his former employers.

The ex-cop has twice appealed the decision to detain him, once in federal court and once in the 3rd US Circuit Court of Appeals. His lawyers argue that holding him breaches his Fifth Amendment right to not incriminate himself.

Both have turned him down, in the latter case because an examination of the drives showed that they had been used in a computer that had visited child abuse sites and claimed they contained files with the same hash values as known child pornography files.

On Monday Rawls' legal team filed a request [PDF] that he be released on bail pending his final appeal to the US Supreme Court. The filing pointed out that Rawls' stay in prison had already exceeded the maximum 18-month sentence under the 28 USC § 1826 statute for failure to comply with an order to testify or provide other information in federal judicial proceedings.

But on Wednesday the government hit back [PDF], saying that Rawls should stay in prison until he coughs up his encryption keys. It points out that Rawls isn't being held under 28 USC § 1826, but rather the All Writs Act – the archaic legislation the FBI tried to use against Apple.

It says that they are not asking him for his decryption keys per se – they're simply saying he needs to perform the physical act of decrypting the drives and he's free to go. The government is also arguing that, as Rawls didn't use his Fifth Amendment rights in his initial appeal he can't try to use that defense now.

It points out that in other cases, people have been held for contempt of court for nearly seven years, and cites the appeals court verdict that "no temporal limitation on the amount of time that a contemnor can be confined for civil contempt when it is undisputed that the contemnor has the ability to comply with the underlying order."

The government points out that if the drives do contain child abuse images then Rawls is looking at over 20 years in prison, and there is no statute of limitations for crimes against children. It asks that Rawls should be given another chance to decrypt the drives, and if he refuses, he should get used to prison. ®

KPMG appointed to pick over bones of Midlands-based biz

Microsoft: Yes, we agree that Irish email dispute is moot... now what's this new warrant about?

Redmond backs down without actually backing down