Well, debugger me. Microsoft's BSOD fixer is getting a makeover 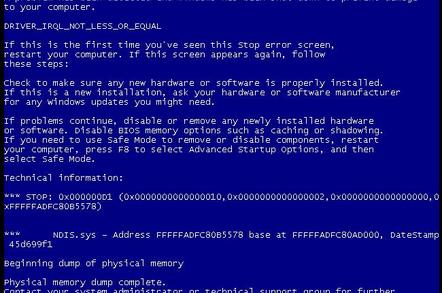 One of Microsoft's tools for debugging blue screens of death and other exciting Windows problems will be getting a bit easier to use.

On Monday, Redmond announced a preview of a new Windows Debugger version with some UI tweaks including the iconic ribbon, a tidied-up file menu, a history of previous sessions and a scripting environment.

According to Microsoft, Windows Debugger is good for fixing problems with code running in low-level kernel or user mode (without direct hardware or memory access), dumpster-diving through crash dumps and picking apart CPU behaviour.

Although Microsoft doesn't specifically mention it here, Dell provides a handy tutorial for getting to the root cause of Windows 10 BSODs, which produce memory dump files.

"One of the words people often use to describe WinDbg is 'intimidating'," Redmond notes in its blog post. "When you first open it, you get a dull gray screen and very little indication of what to do next."

The new Windows Debugger – now available as a Windows Store preview for devices with the Windows 10 Anniversary Update – hopes to change that. "We've taken a few steps to make it a bit easier for beginners," Microsoft promises.

The preview adds a "barebones" ribbon with File, Home, View, (Debug) Breakpoints, (Data) Model and Scripting (so you don't have to use a separate program to test code) options. The file menu and other windows also got smarter and Microsoft added a "self-explanatory" dark theme.

Additionally, the debugger will now recall recent debug sessions and "some" of the settings during that session.

But Microsoft warns: "You might hit errors when trying to do something that requires elevation. You'll have to manually launch WinDbg Preview elevated."

Seen any BSODs around so we can try it out? ®