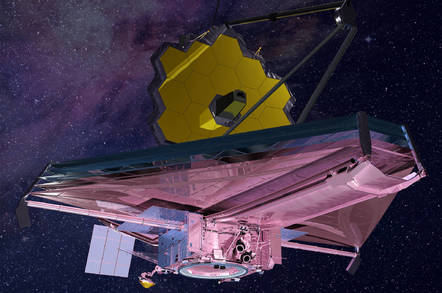 NASA’s James Webb Space Telescope will be focused on Europa and Enceladus, the moons of Jupiter and Saturn, in efforts to uncover the secrets of how life began in the Solar System.

Europa and Enceladus have captivated scientists with rising plumes of water cracking beneath their icy surfaces. The moons have been described as “ocean worlds,” as they may harbor liquid water – a vital ingredient for life.

The James Webb Space Telescope (JWST) is expected to launch in 2018 from the Guiana Space Centre in Kourou, a district on the coastline of French Guiana.

Its near-infrared camera will snap high-resolution images of the Europa surface to scout for hot regions, where plumes are likely to erupt. The Near Infrared Spectrograph and mid-infrared instrument will analyse the chemical composition of the plumes to look for signs of carbon, hydrogen, oxygen, nitrogen and other ingredients needed for life.

Geronimo Villanueva – lead scientist for the telescope’s observation of the moons and a planetary scientist at NASA’s Goddard Space Flight Center – is particularly interested in understanding Europa’s plumes.

“Are they made of water ice? Is hot water vapor being released? What is the temperature of the active regions and the emitted water?” Villanueva said earlier this week. “Webb telescope’s measurements will allow us to address these questions with unprecedented accuracy and precision.”

Enceladus is less of a mystery, since NASA’s Cassini orbiter has already mapped out its surface. The JWST will not bother taking high-resolution images of Enceladus, but it will still probe the molecules present in its plumes.

The telescope weighs in at 6,200 kg (13,668 lb) and will be active for about five to ten years, but there is no guarantee that it will be able to catch the plumes during their eruption stage.

“We only expect detections if the plumes are particularly active and if they are organic-rich,” said Villanueva.

If the team does manage to detect organic substances, it doesn’t necessarily confirm that there is extraterrestrial life. It could be a sign of microbial life or might be caused by natural geologic processes.

Although the telescope probably can’t definitively answer those questions, Villanueva said that it will be able to locate the active regions of the moon for future study. ®