Shirts will be lost! 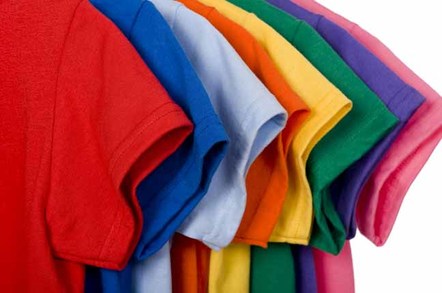 Interview Some commentators think saying SSDs will kill off disk drives is wrong. Here is an exchange El Reg had with a storage media industry insider who wished to remain anonymous

Commentator: I read your article about SSD replacing HDD and I think you completely underestimate the challenges of increasing NAND capacity to meet the world's storage needs.

Commentator: In 2015, the NAND industry produced ~60EB of NAND. 75 per cent of that wasn't used for computing; it was instead targeted towards phones, tablets, thumbdrives/SD cards, etc. Only about 15EB was used for compute.

In the same year, the HDD industry produced 550+EB.

El Reg: OK but more flash is being made.

Commentator: Every estimate I've seen suggests that the total amount of data produced and the total amount necessary to be stored are increasing exponentially. Intel keeps quoting 44ZB of data produced annually by 2020, although obviously not all of that will need to be stored. The numbers I've seen suggest total market storage demand of about 3ZB by 2020.

Commentator: The NAND industry is going to use 3D to try to get closer and closer to that 40 per cent density CAGR that they had before they started hitting limits on planar. But 40 per cent CAGR on 60EB in 2015 is ~320EB by 2020 – not even half what HDD vendors were putting on the market in 2015. They'd need 10X that level of output to reach 3ZB.

El Reg: But they could build more fabs.

Commentator: And what happens if they [do] spend a few hundred billion dollars to build out all the fabs they need to produce 3ZB of NAND annually? Prices crater and they lose their shirts.

El Reg: So what do you think will happen?

Commentator: [I'm] bullish on SSDs, as SSDs can do things with performance and latency that HDDs cannot. But I'm also bullish on HDD, because HDD can do things that SSD cannot – store large amounts of colder data cheaply.

This is an error I see frequently. Yes, SSDs can actually achieve higher storage density than HDD. But they have fundamental economic problems trying to scale production to the level needed to satisfy the demand for storage, and as a result they will be primarily used in the applications that require performance, leaving the bulk data storage, coldish storage, and archival to HDD, which HDD still does better than tape.

The disks-won't-die argument stands on a view that if NAND fab capacity is built up to match that of disk then "Prices crater and they lose their shirts." Is this true? Could flash fab capacity be increased at a rate that doesn't cause NAND industry-wide shirt loss?

After all, once upon a time disk manufacturing capacity was less than tape and disk successfully replaced tape for mainstream storage without the disk-drive makers becoming shirtless. Couldn't this happen again with flash replacing disk? ®